The year twenty-twenty sees the celebration of the esteemed cartographer/navigator Lieutenant James Cook make his maiden voyage to the Great Southern Land.

A continent at the time, consisting of approximately three hundred Indigenous Nations which had been generically bastardised in name thrice by the time Cook “discovered”.

The hypothetical name Terra Australis seemed apt prior to any navigator being equipped at venturing south from their homelands. The latter term ‘Australia’ was converted by Matthew Flinders after being the first to circumnavigate. However, somewhere in between, the Dutch who in typically bold fashion branded the island ‘New Holland’. Given some twenty-nine fellow Dutchmen had already sailed by, perhaps warranted the declaration.

This piece is a homage to the resistance fighters & frontier warriors (both female & male).

Progressively as this continent became both the greatest modern ‘pin cushion’ and the last bastion for the illegal arrival of the caucasian race on the planet.

The gross contradiction of next years celebration is that… in the faux attempt at ‘reconciliation’ and acknowledgement to the first Nations peoples of the lands, we still declare a ‘National’ celebration of the greatest colonial theft in modern his-story.

In this image, I dream of the reincarnation of – Pemulwuy, Musquito, Wyndradyne, Yagan, Jandamarra, Tunnerminnerwait and Maulboyheenner, I envision their roles as spokespersons on next years celebration of assumed Patriotism / Nationalism and forthright allegiance to the Crown. 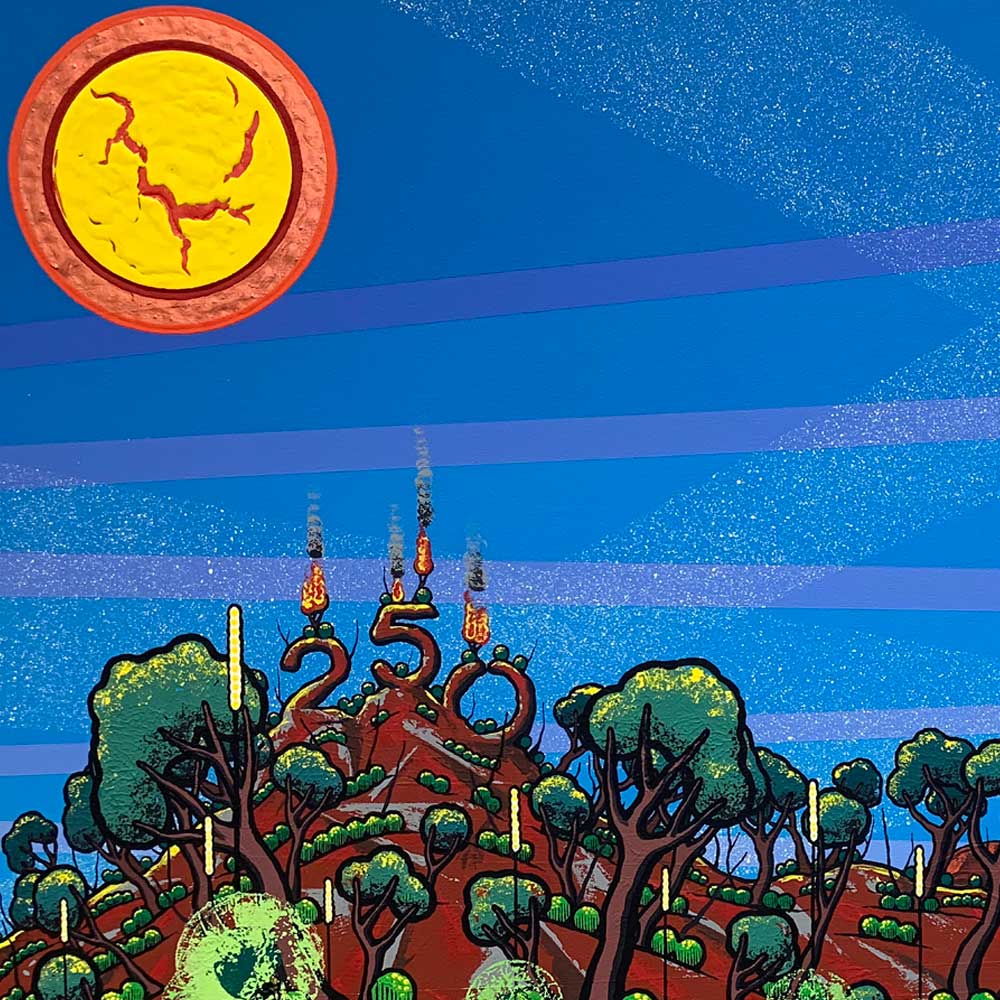 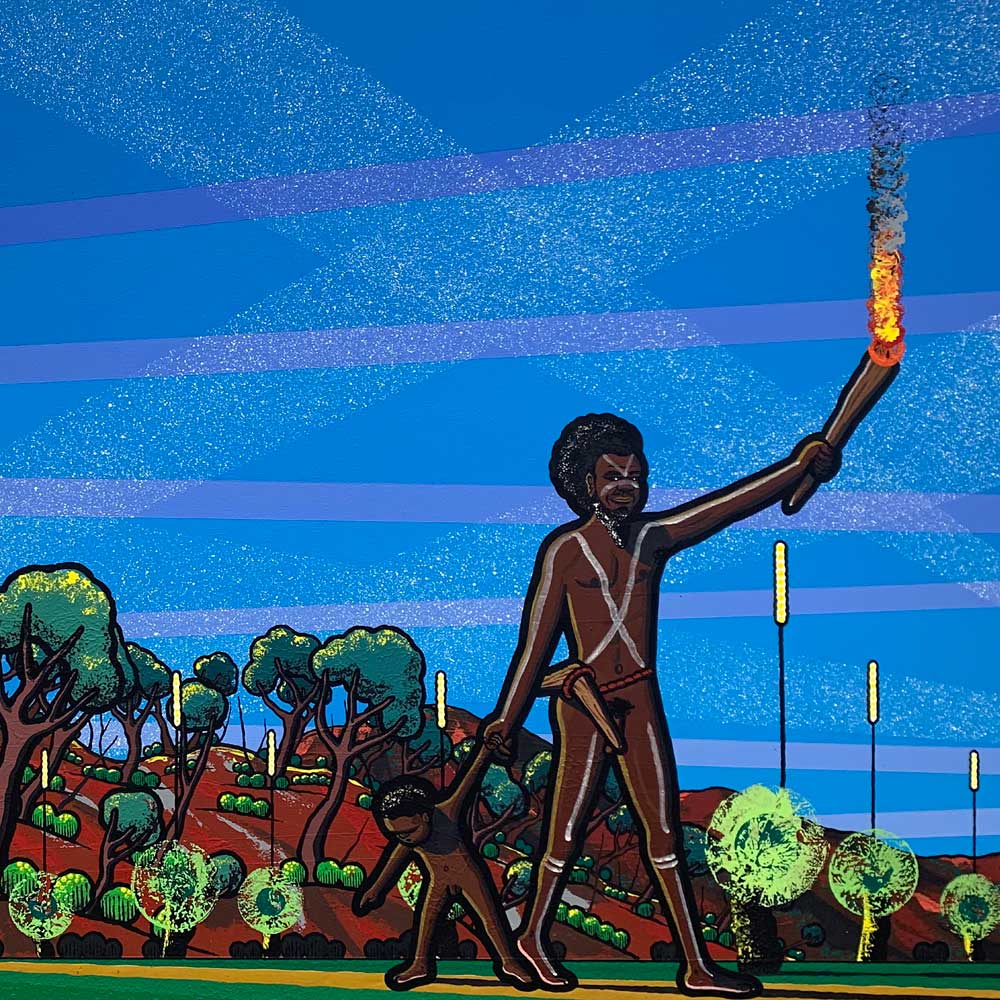 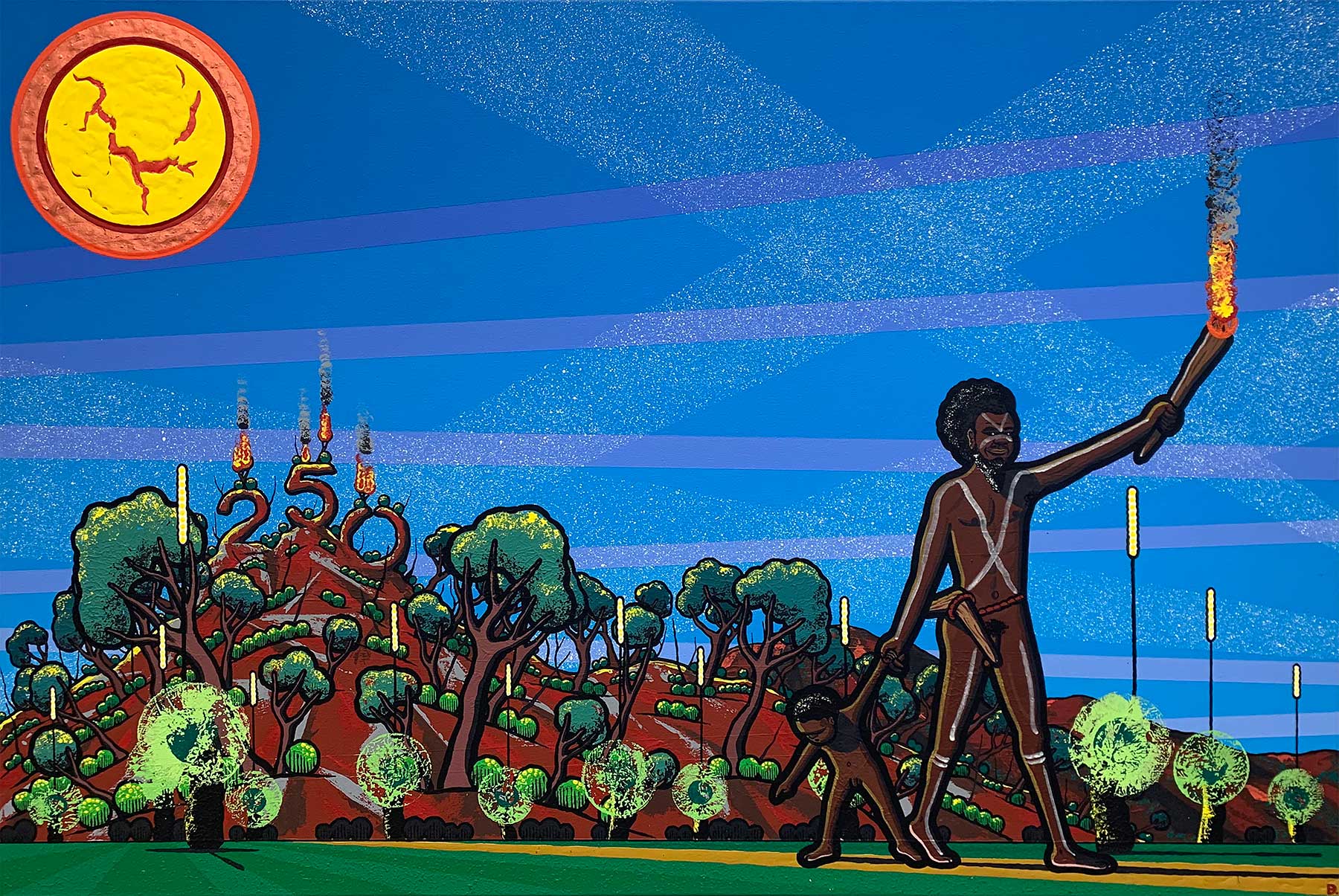 previous
A Word Is Enough To The Wise

next
Of Aboriginal De - Scent