Presented by Blak Douglas, is a 90 min culturally charged, indigenous art-centric school program designed to enlighten, entertain and enrich the lives of audiences young and old.

From Tommy McCrae’s early 19th century works through to Karla Dickens’ Parliament of NSW award winning January 26th, Day of Mourning as well as Jason Wing’s controversial Captain James Crook bust. Blak Douglas shines a light on the social, political and historical ramifications of these artists and works. The discussion covers not only artistic technique but also history, politics, legal implications of art, and identity.

Drawing on his own career as a political artist, Blak Douglas will help students recognise the cultural impact of contemporary Aboriginal artists on Australian art of the past, present and future. 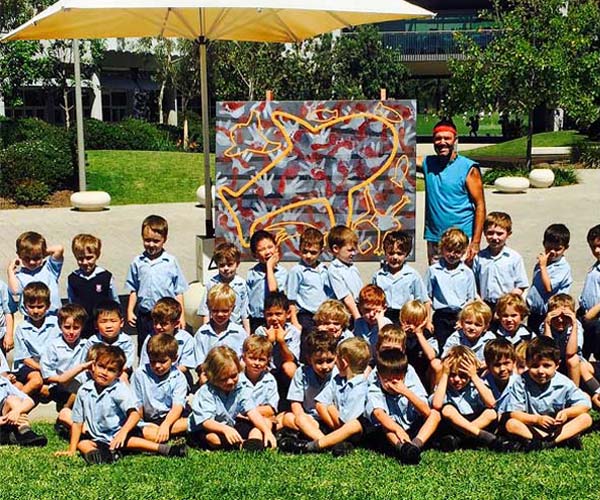 Blak Douglas (aka Adam Hill) was born in Blacktown to a Caucasian Australian Mother and a Dhungatti Aboriginal Father. Schooled in Penrith NSW, Blak studied Graphic Design at UWS Nepean graduating with a Bachelor of Arts. Later in visual arts, he emerged into Aboriginal art through Boomalli Artists (Leichhardt).

‘ART & SOLE’ is an interactive activity whereby students create a graphic using the outline of their shoes as the template. The objective is to design a sole with a customised insignia that might leave an everlasting impression wherever one were to walk. Designs encouraged may feature issues relating politics, social justice, climate change, gender equality etc.

In his youth, Blak found himself searching for an ultimate identity and consequently sought influence in Hip Hop & brand shoe culture from the U.S. Iconic films like ‘Do the Right Thing’ by Spike Lee as well as ‘Breakdance’ were to prove pivotal in seeking that identity.

Referencing a unique pair of Air Jordan Basket Ball boots with a tailored sole, Blak impresses upon the students the concept of the importance of narrative and composition in art & design. 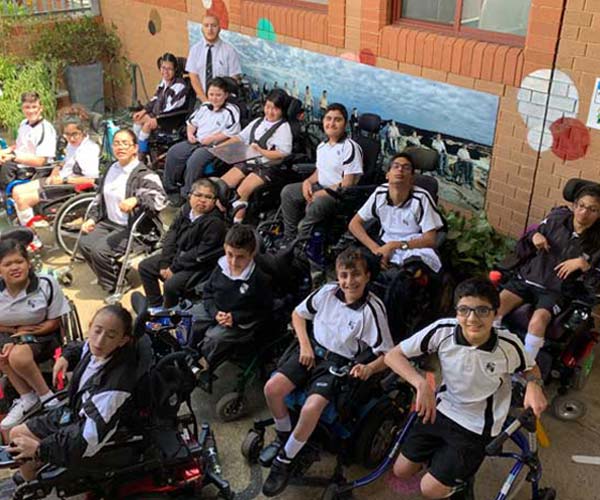