The year 2022 shall mark the fiftieth anniversary of the establishment of the ‘Aboriginal Embassy’ at 1, King Georges Court, Canberra. The historic site has sat as a poignant metaphor of the constant struggles for the recognition of the return of sovereignty to First Nations peoples upon this illegally occupied continent.

The tenacity of the four original black men who’d originally reclaimed the site by seating beneath a beach umbrella is so markedly signature of blak fullas humour. Later, around 1992 whence the site had been listed on the Register of the National Estate (further comedic relief), the shed that had been erected as the ‘embassy’ suffered a harsh fire. Thereafter the current demountable was installed and remains today as a quasi office.

In this painting, I’ve attempted to contribute to the resilience of those who’ve staunchly supported the embassy over the course of five decades.

I wish to pay honour & respect to the many profound First Nations activists and politicians consistent with making change. Though the change has proven a slow and tedious endurance. Hence, I’ve portrayed a blak fulla style refurbishment under way whereby sista girl is hard at work hammering away with limited resources. Adding the second story is itself a metaphor of advancement & achievement that can only be achieved through dedication and will. The very same that has kept the embassy there.

In the distance, the ‘SOVEREIGNTY’ letters that feature so prominently at the head of the eternal fire have rather been enlarged to appear behind the War Memorial as a faux ‘HOLLYWOOD’ icon. There exists two types of sovereignty just as there are two cultures. The bureaucratic circus show that the Federal Government insists on performing proves to consistently be nothing short of a Hollywood flop. 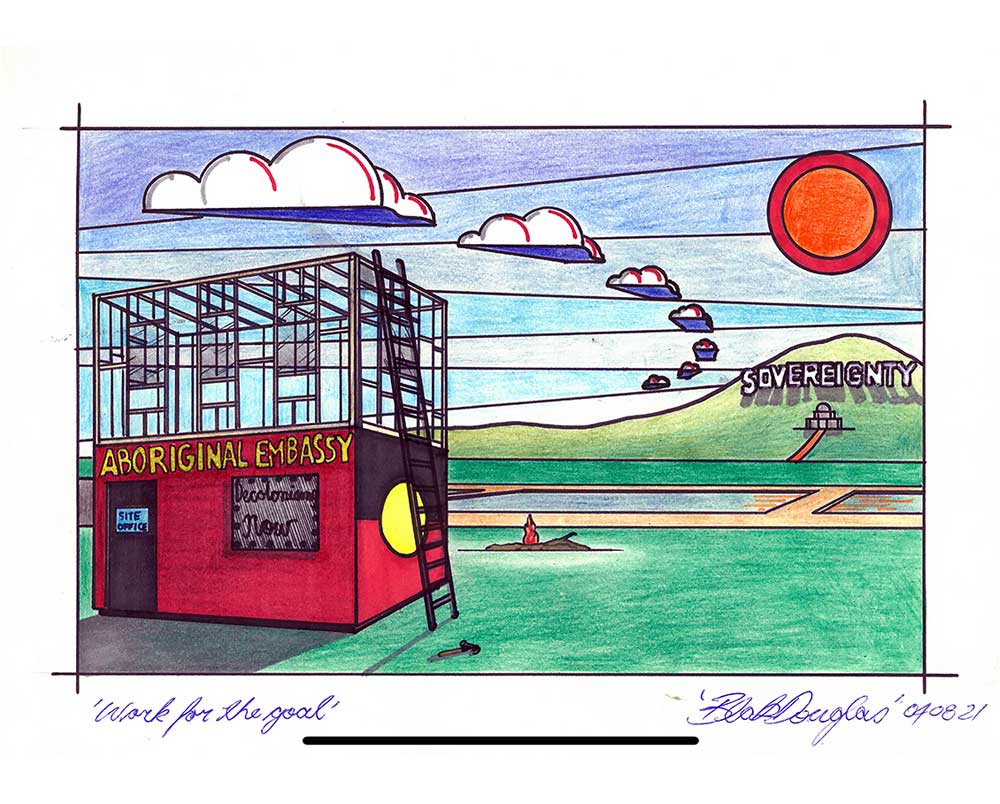 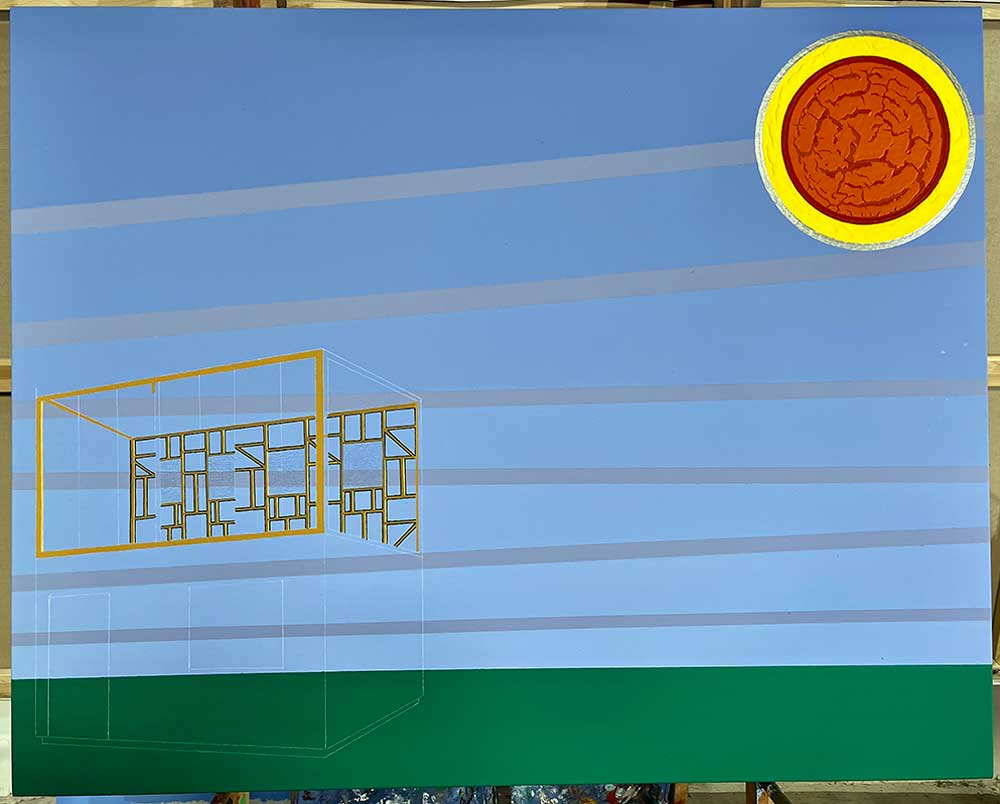 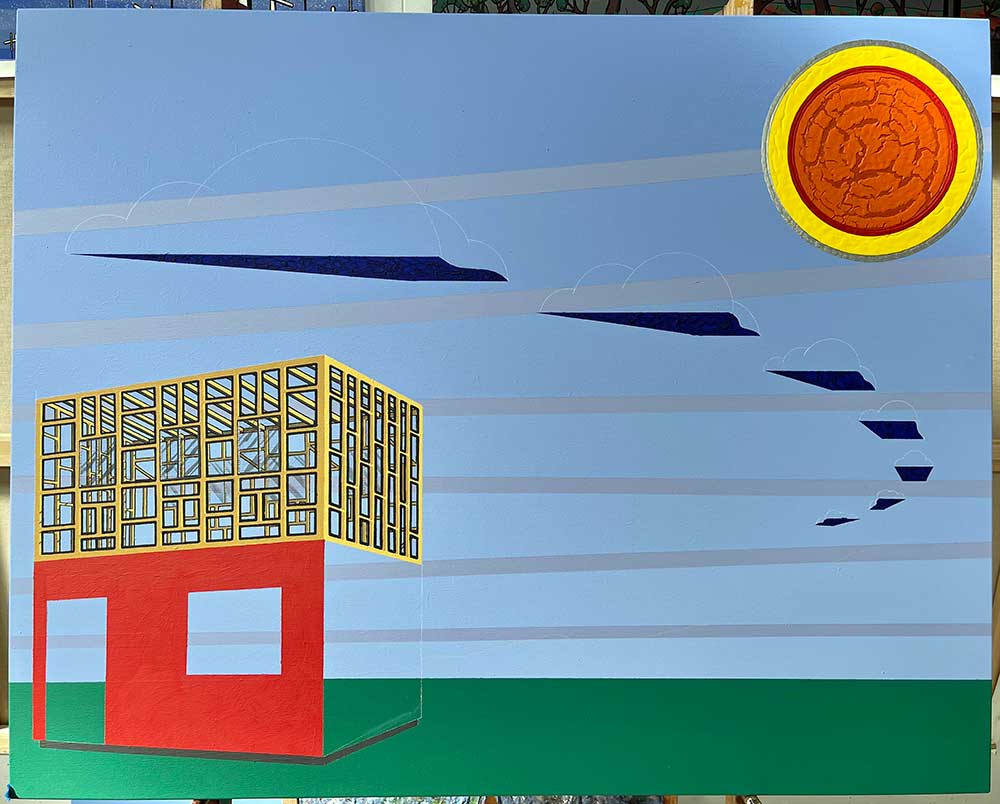 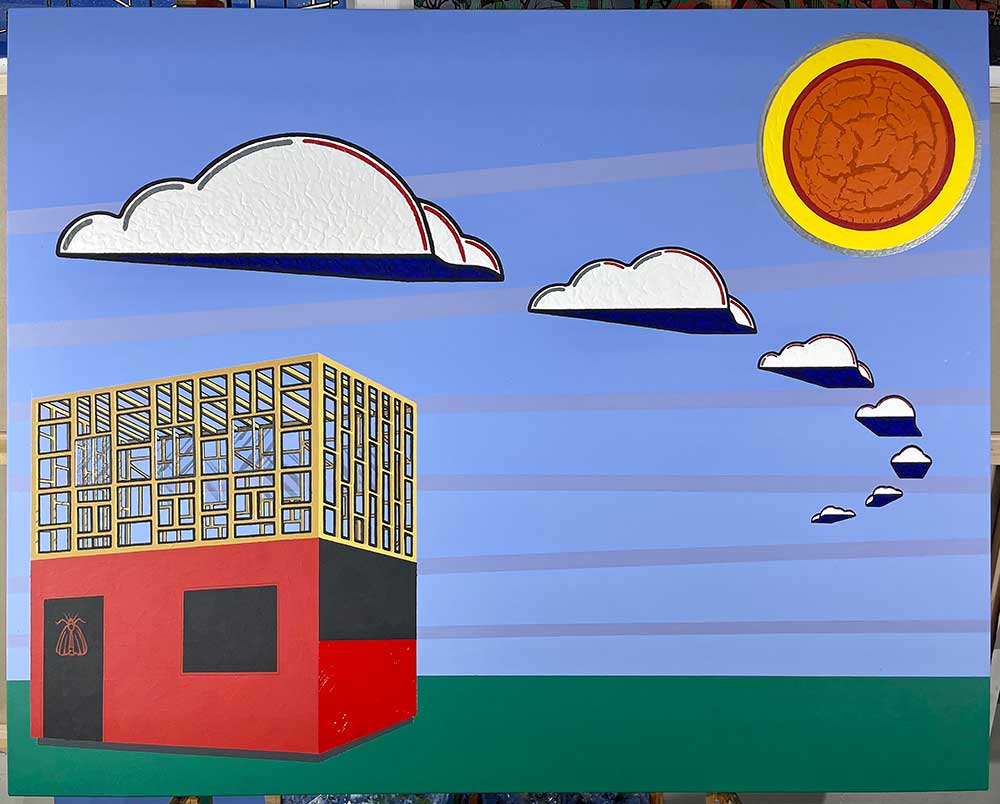 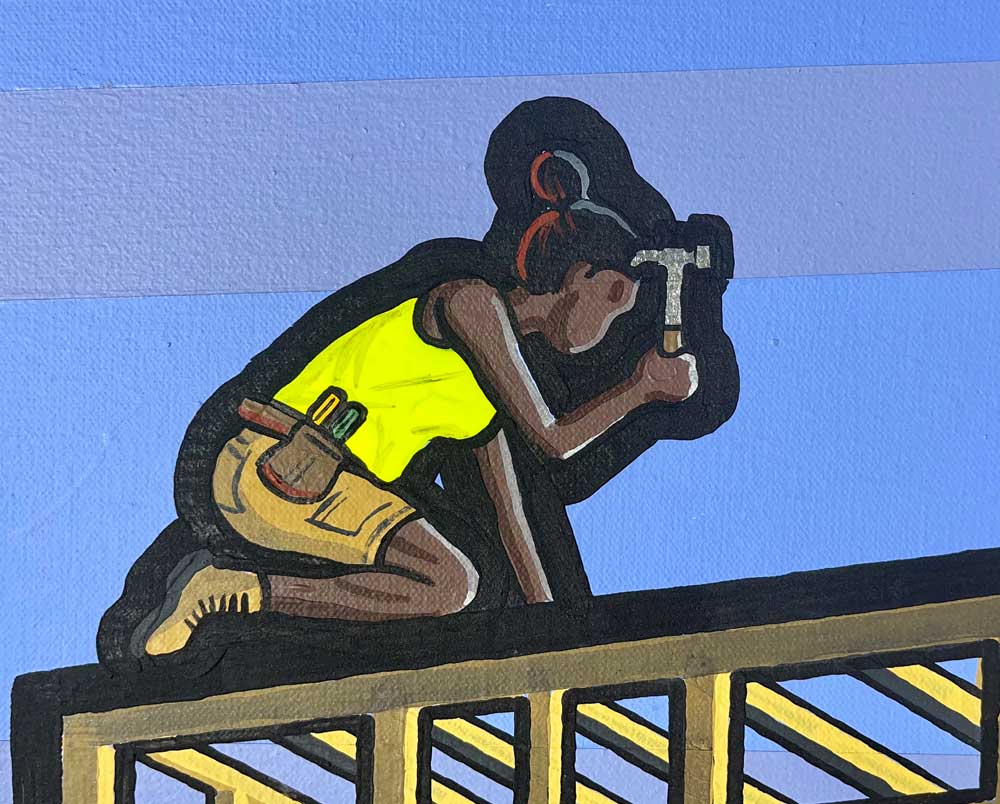 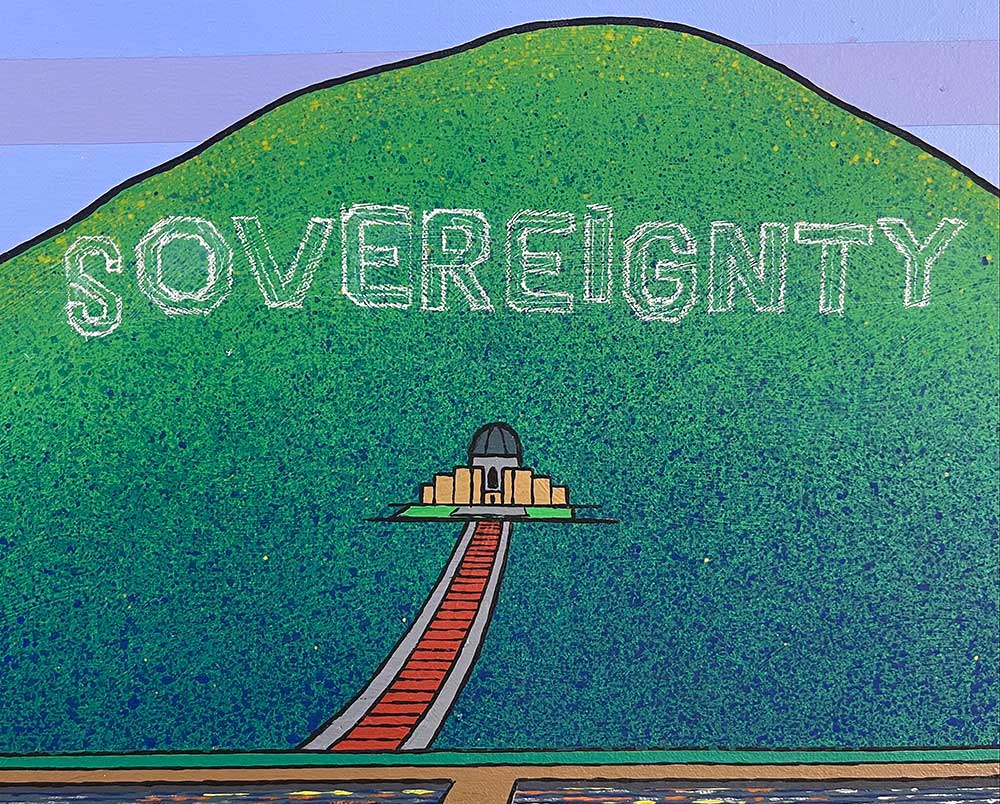 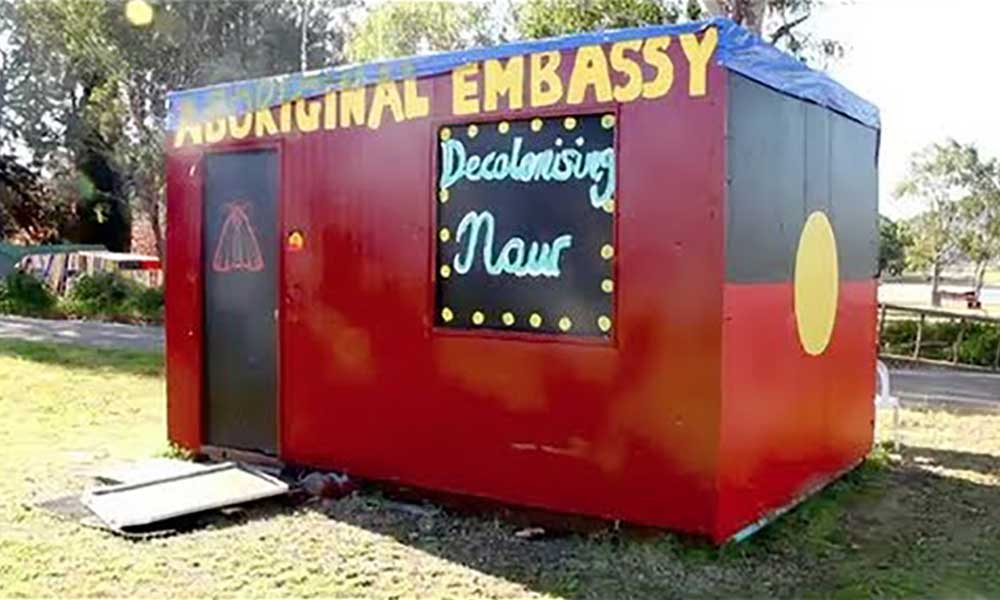 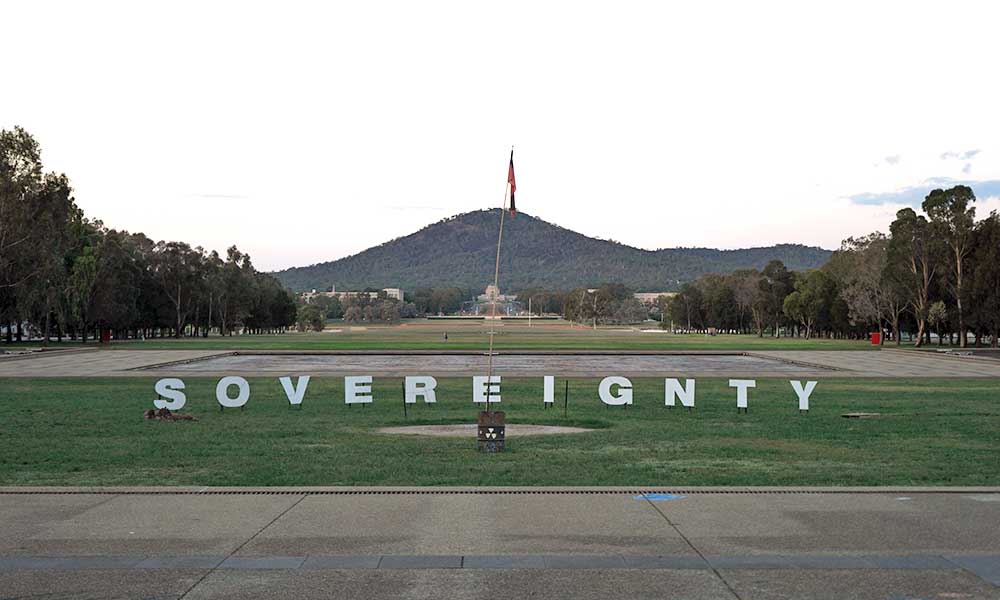 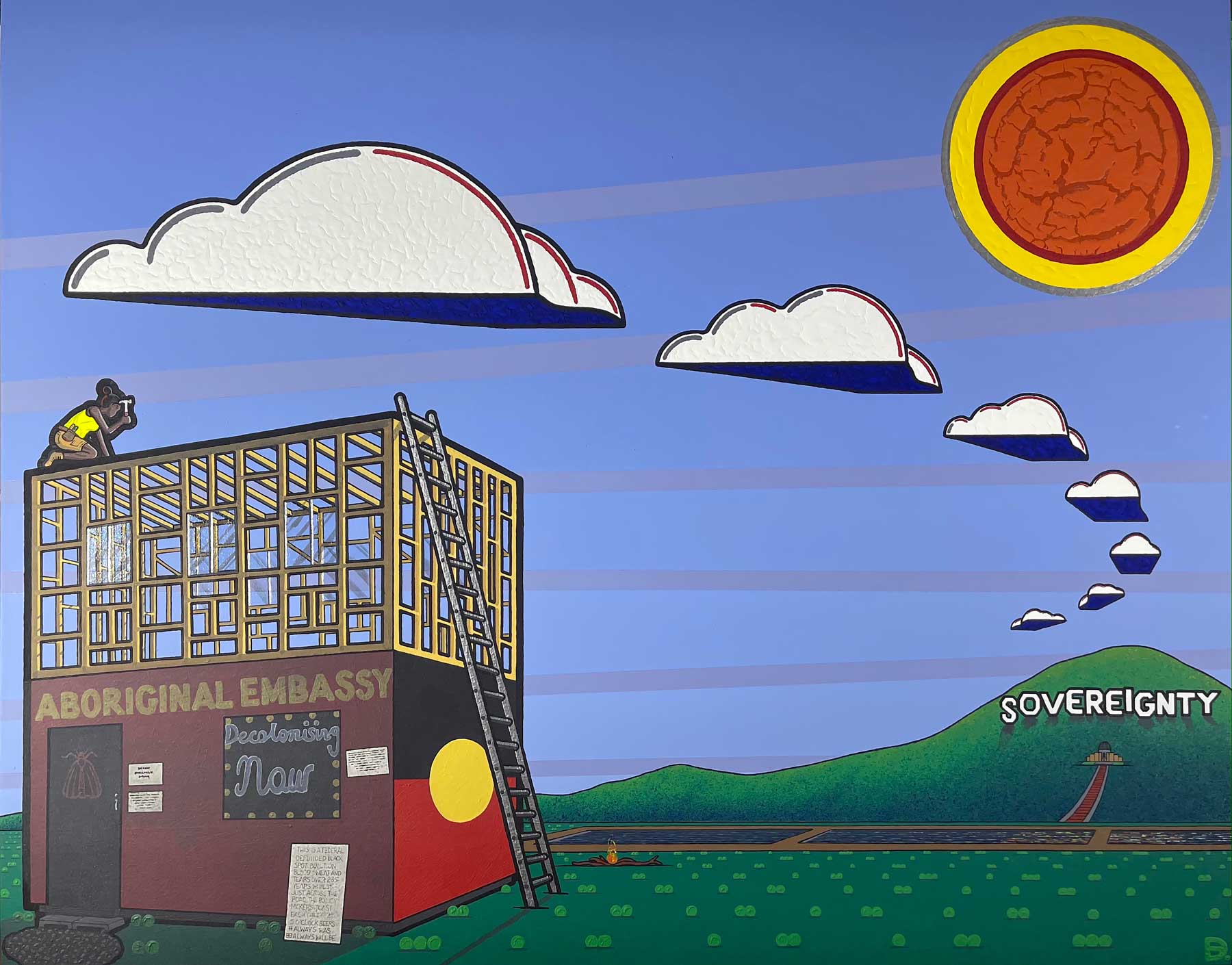