In this suite of paintings, there’s a revisiting to one of my formative exhibitions whence first in Sydney and a landmark show titled- ‘A sign of the crimes’. In that exhibition I’d restyled generic road signs we are all too familiar with, giving them a satirical makeover.

In this exhibition we see several pieces of a similar ilk. Take for example ‘How fast are you going now?’. This piece came to fruition when recently driving through a National Park in Western Sydney and my dear friend commented on a lone 40kph speed sign right in the middle of the bush and on a dirt track. “That’s hilarious, you should paint that”.

So with a twist, here we see a fictitious version. ‘230’ – the total years of Colonial occupation on Aboriginal Country. Given the amount of country highways I see, there are stretches where speed limits could definitely increase.

In this piece, despite the ‘speed’ being 230, we are continually constrained and henceforth dealt the wrath of the law if disobeyed. The metaphor is reflected in the Colonial law by which Aboriginal peoples have been forced to abide.

As a developing ‘Nation’, WE ARE KEPT AT PACE THAT IS GOVERNED SO AS TO NOT PERMIT WORLDY EGALITARIAN ADVANCEMENT BY A GROUP OF PRIVILEGED WHITE MEN.

‘How fast are you going now?’ 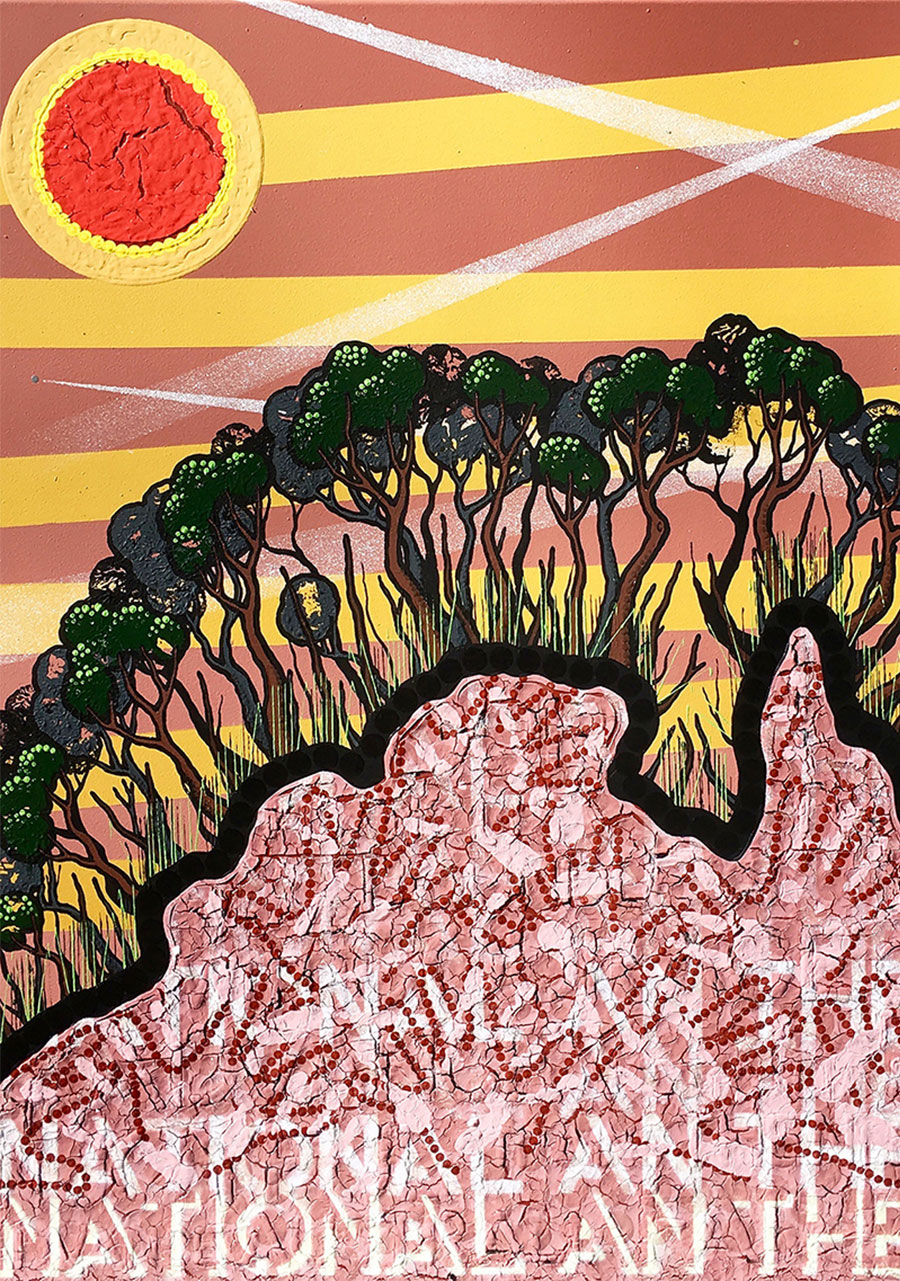 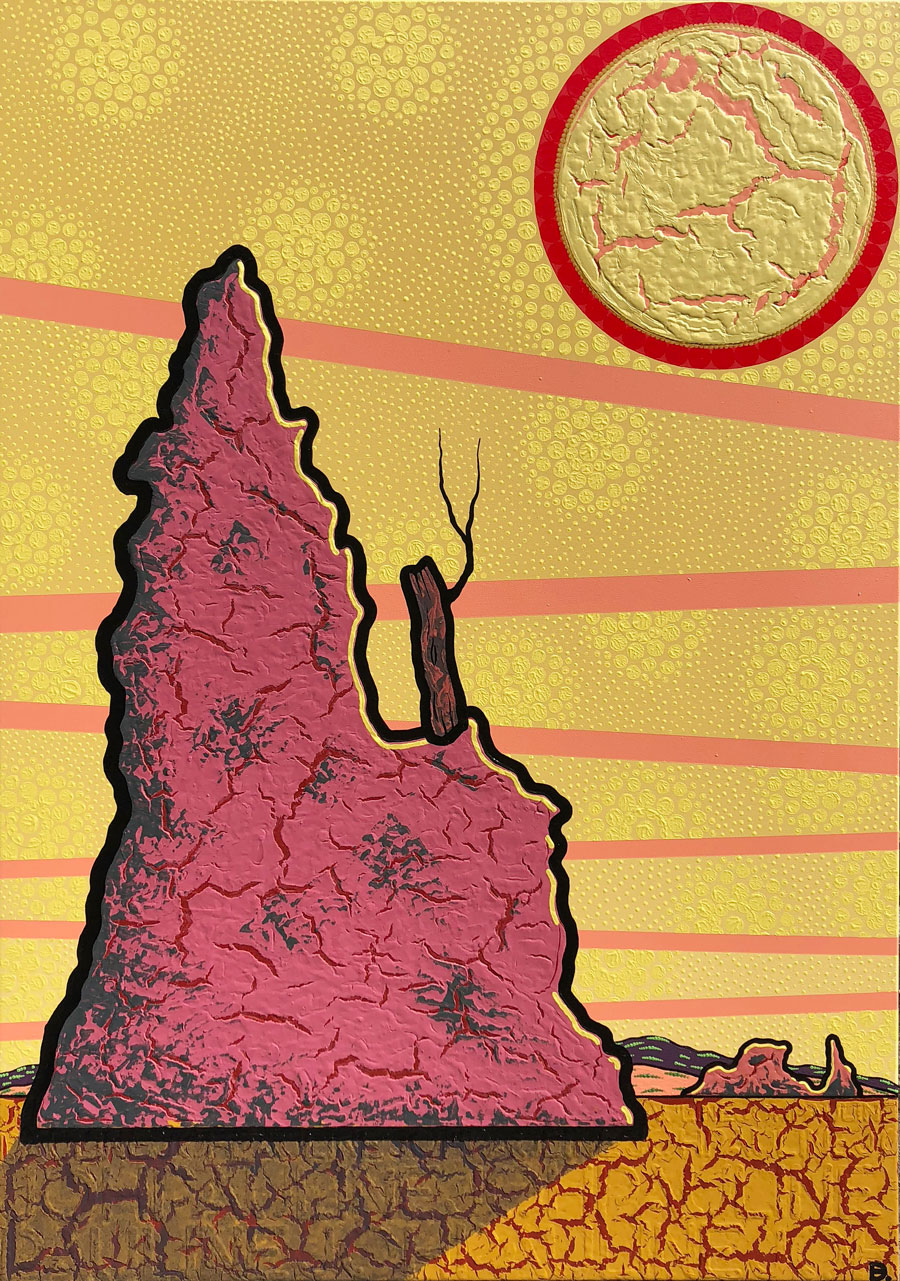 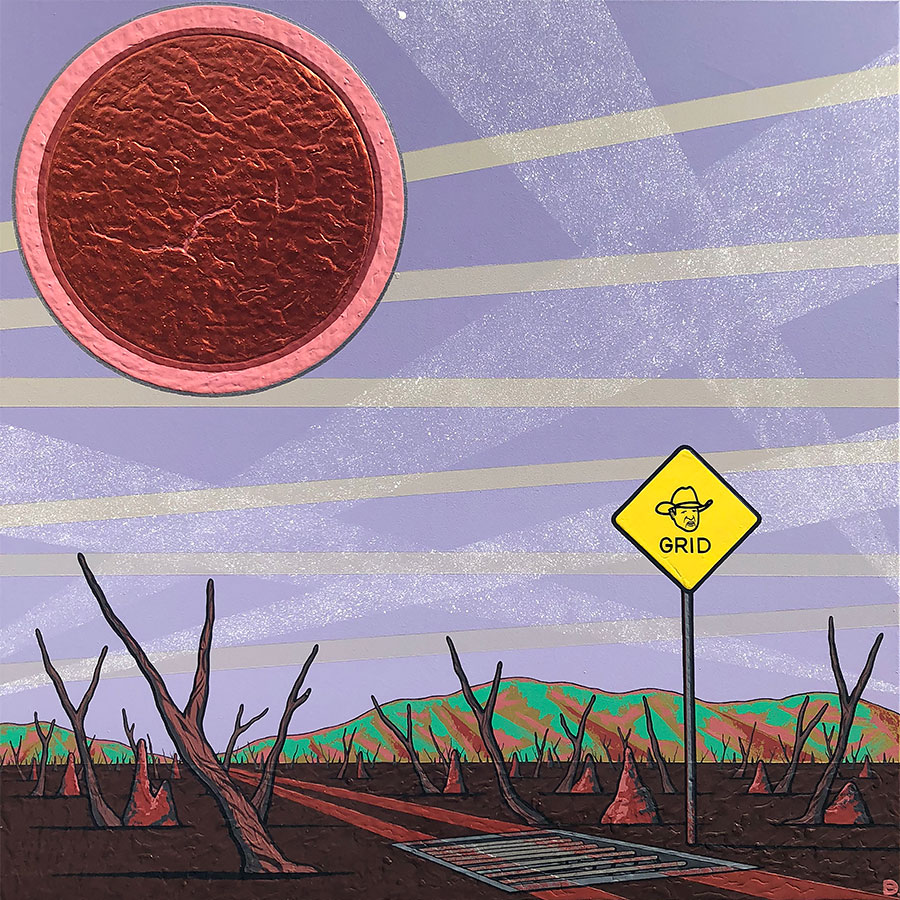 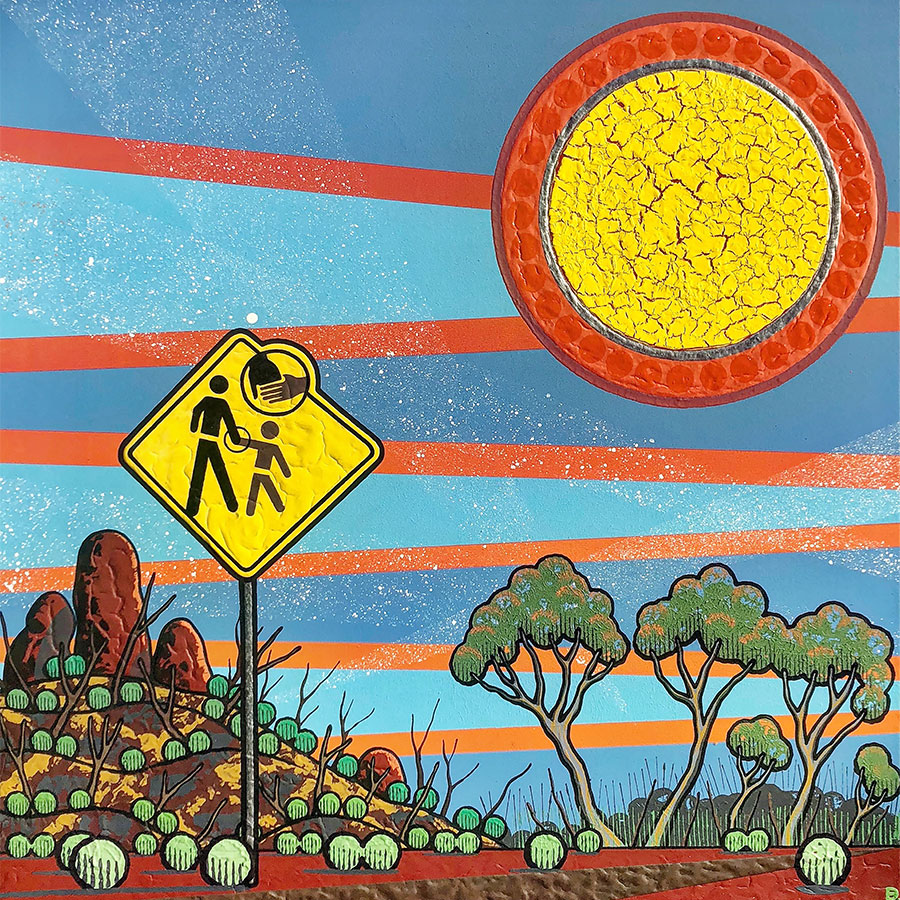 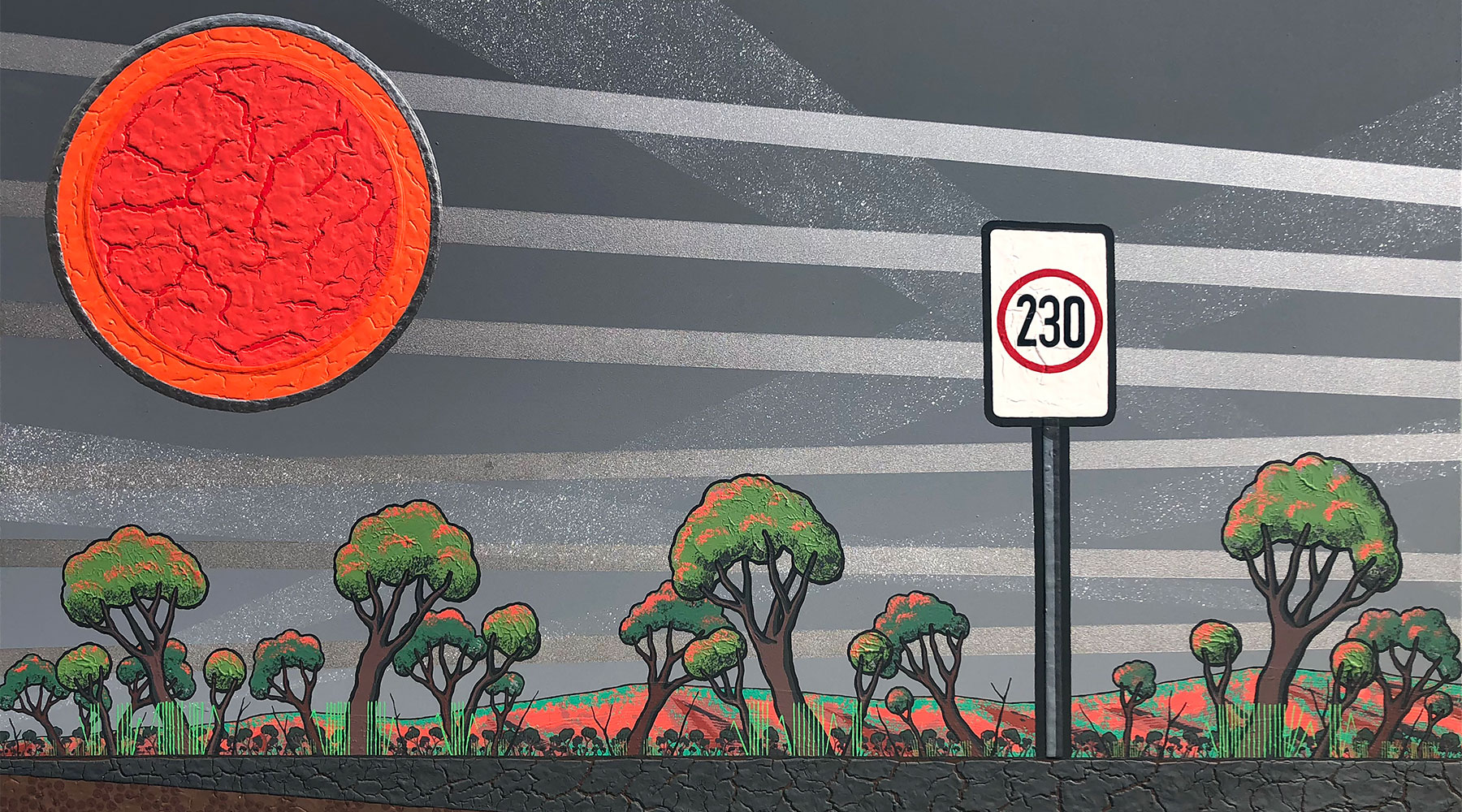 next
Three Strikes You're Out