With the celebratory major ‘survey’ exhibition last year (2011) at Mosman Art Gallery, I declared the ‘end of an era’. That is, I’d had tired of painting highly politicised descriptive imagery in acrylic on canvas.

Declaring an entire year off and driving some thirty­ thousand kilometres across the continent, it was time for ‘self exploration’. Having been inspired by fellow artists who were perfecting the art of mixed media assemblage, a question hung above my head in regards to my unnecessary ‘carbon footprint’ when producing artworks.

I’d always been fascinated with the various forms of Eucalyptus. Some of the very first artworks I’d produce used Gum branches.

Driving the vast expanses of this continent, a regular pattern occurs. ‘Town I Industrial Centre I Gum Tree Strands I rural allotments I Gum Tree Strands I Industrial Centre I Town’… (repeat). Then when camping out regularly, the activity of collecting wood to make camp also began to become absorbent in re the ‘energy’ of wood. It wasn’t until I returned to Sydney when two distinct opportunities surfaced both of which would contribute to my foray into this new style of work.

Firstly, an invitation to participate in a charity fundraiser whereby a selected group of artists were invited to ‘visually translate’ one of the ‘top twenty’ read books Australia­ wide. Somewhere in there (and one that no-one had then chosen) was ‘Eucalyptus’ by Murray Bail. Reading this classic certainly exacerbated my new found love of the Gums. Second was the invitation to work with Djon Mundine in co- conducting art workshops within Goulburn Gaol with the Aboriginal inmates. This experience was so impacting upon me, I was left ‘creatively scarred’.

Hence we’ve arrived at ‘ONE in FOUR’. This exhibition of mounted Eucalypt on found boards I painted in a combination of ‘natural enamels’ & aerosols CELEBRATES the very INCARCERATION OF ART. For this show only… I’ve developed a single ‘tag’­ PRIZNA. This is a homage to two factors. One, the generic opposition to ‘tagging’ and two, the abhorrent statistic that has seen a quaRter of the Indigenous population of Australia behind bars. My ‘urban facade’ is represented by the hard wooden surfaces upon which are mounted the ‘creative spirits’ (Eucalypt branches). When combined, so it seems, we have a societal dilemma. 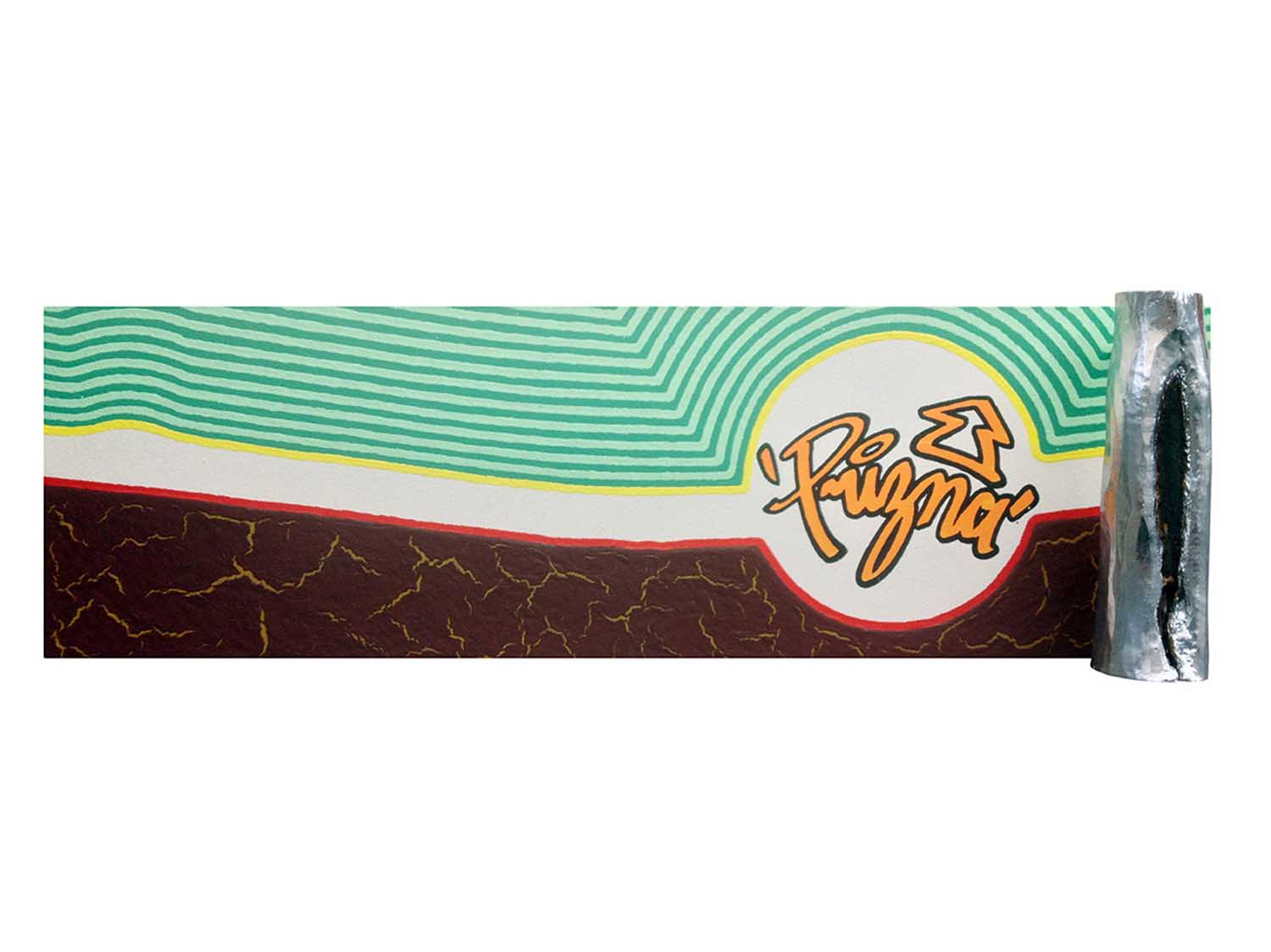 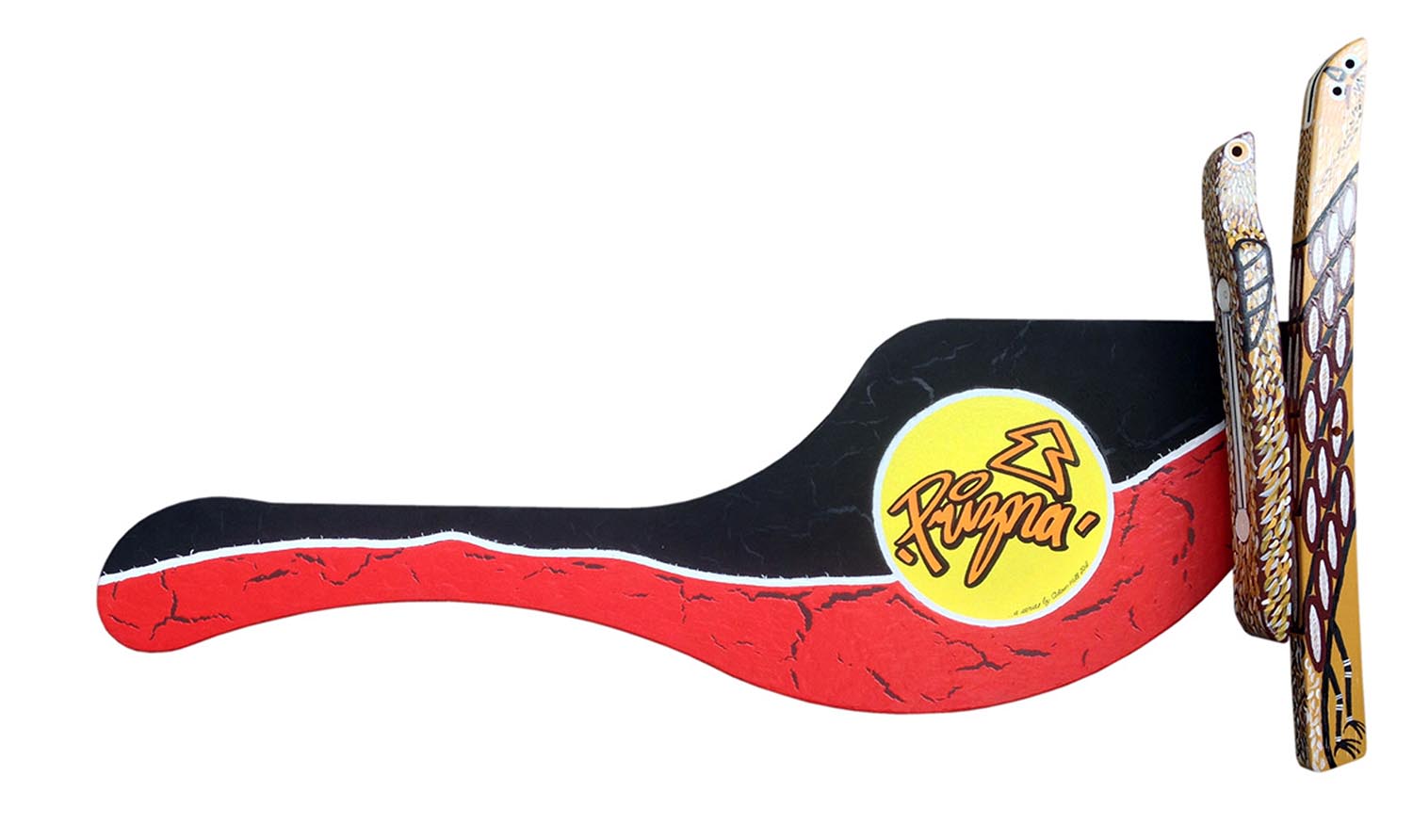 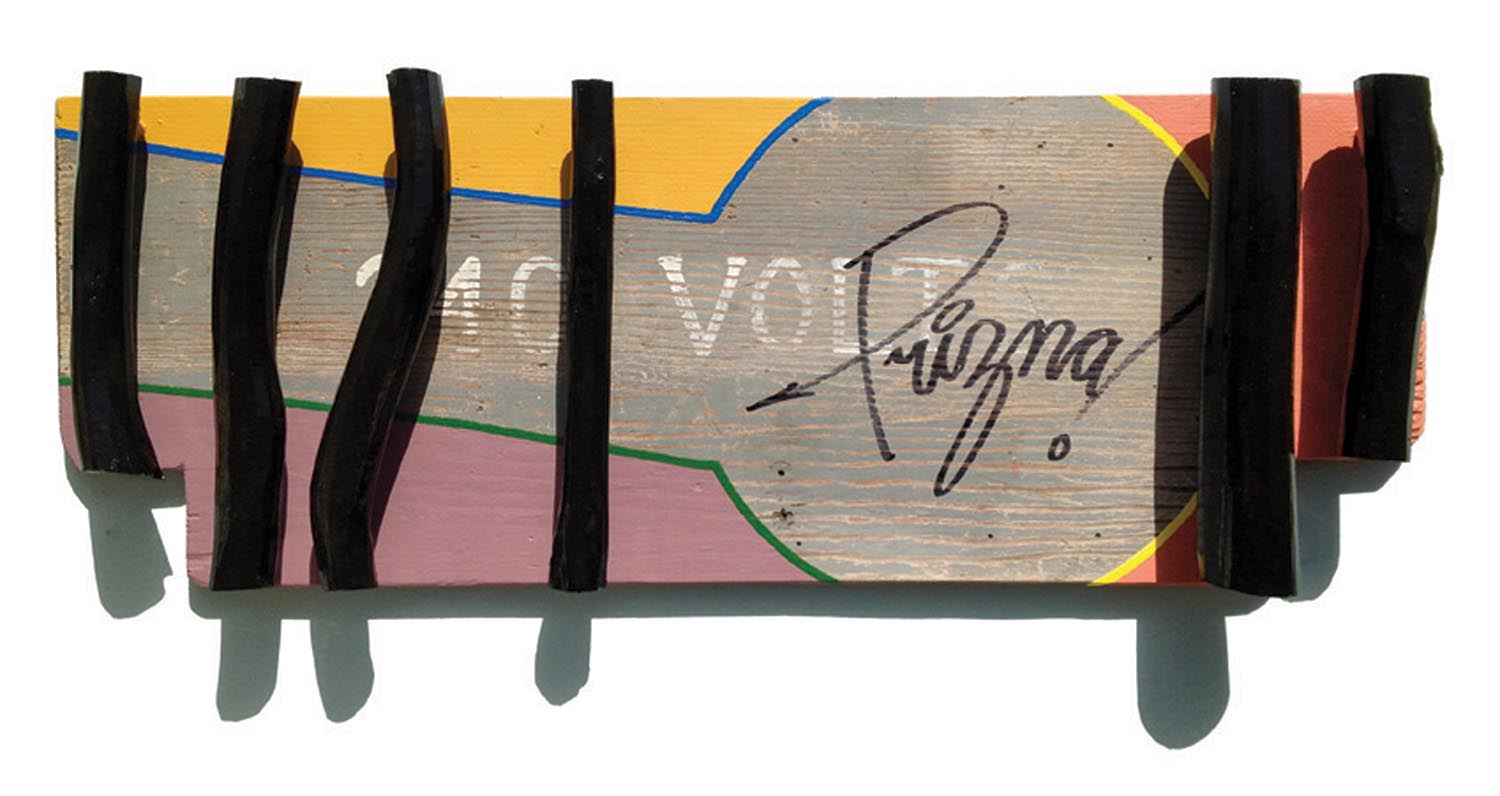 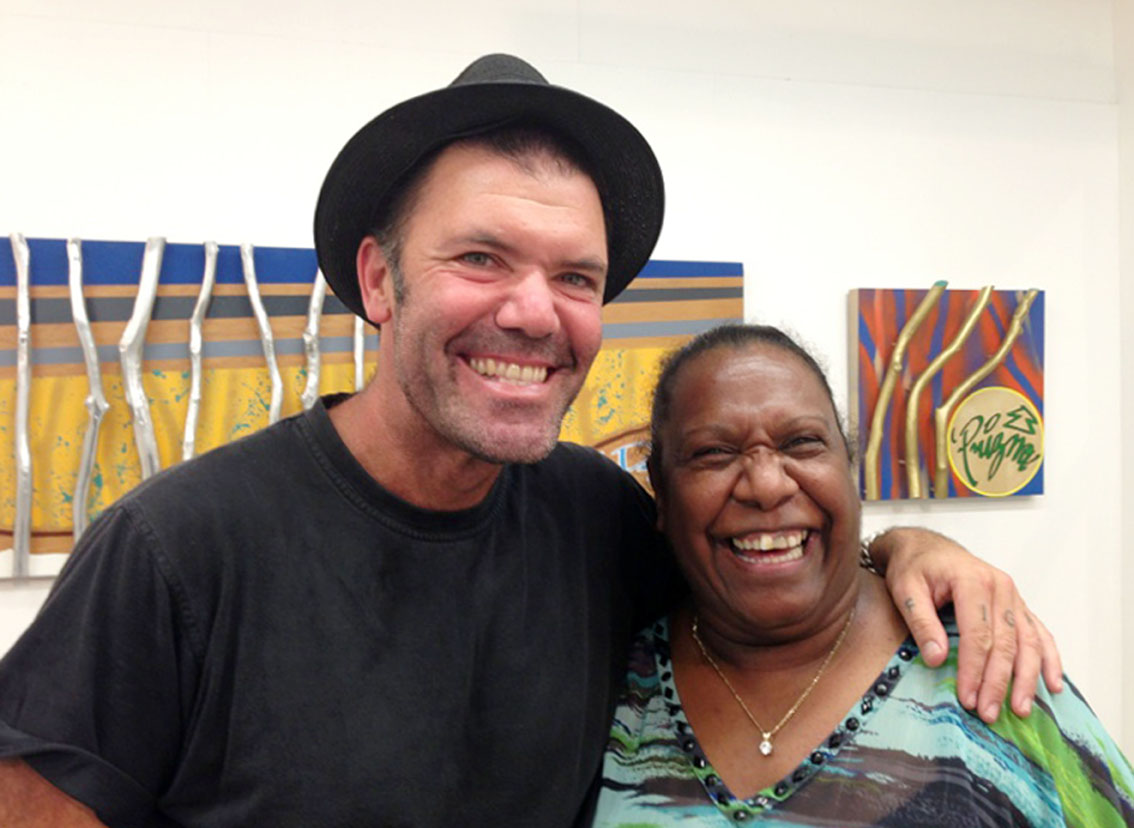 next
The KING Breast Plate