Blak Douglas’s series of black and white photographs entitled Pulling the Wool Over One’s Eyes was created as a response to visits to Kamay or Kurnell/Botany Bay.

Blak interrogates the impact of Cook’s landing here in 1770 by focusing on the present, in a collection of works that are revealing through absence – as each image ‘shows absolutely no indication that there ever were Aboriginal people there’.

Thus, like Syron’s paintings they also deal with historical erasure – hence the series title. As in Mombassa’s Close Encounters of the First Kind, Blak’s images contain signs of industrial civilisation with container ships, refineries, rubbish bins, bridges and barriers. Additionally there are markers and monuments to Cook’s arrival as in One Eyed Viewpoint, and the overall sense is of those who have come to this place rather than those who have long been here. The series highlights the concept of ‘the foreign’ and ‘questions identity of place’. Blak unsettles notions of what it means to be foreign and comments on collisions of cultures in works such as We’ve boundless pains to share which features a Muslim man fishing beneath sun-drenched skies at the site of the ‘first landing’. Blak Douglas remarks:

When viewed through eyes that we’ve become accustomed to, we note a foreign scenario. Ordinarily we associate fishing as a revered ‘Aussie’ past-time, a recreational sport or a leisurely social activity. The archetypal individual typically witnessed would be a Caucasian male, middle-aged and wearing shorts, thongs and floppy hat (most likely with an esky close at hand).

Upon arriving illegally on the shore of the Kamay, the British alighted at a place that for eons had provided successive groups of clanspersons fresh food aplenty. Blak comments further that during Cook’s voyage exchanges of fish occurred. At Kamay the Europeans took Aboriginal spears and left nails and beads which did not particularly interest local people. Nevertheless, ‘the acceptance for the “foreign” became not only a novelty but a rapidly prevalent way of life. Soon, poisons were introduced and indulged. Structures were being built to house those indulgences and possibly the most novel introduction was the necessity to “claim” a site by erecting a monument’.

Blak presents an ironic reclamation of Kamay in Barbiquaria. With its mown lawns, picnic tables, sheltered barbeque and distant seascape, we are presented with a quintessentially Australian image. However, the title references the 1986 film BabaKiueria (Barbeque Area) which upturns expected historical narratives. The satirical film tells of the invasion by uniformed Indigenous Australians of BabaKiueria – a land peopled by European Australians who engage in stereotypical activities – and demonstrates the consequences for the local inhabitants. In linking to this incisive film, Blak disrupts fixed ideas of ‘Australianness’ and ‘foreignness’ as well as assumptions about connections with culture and place. 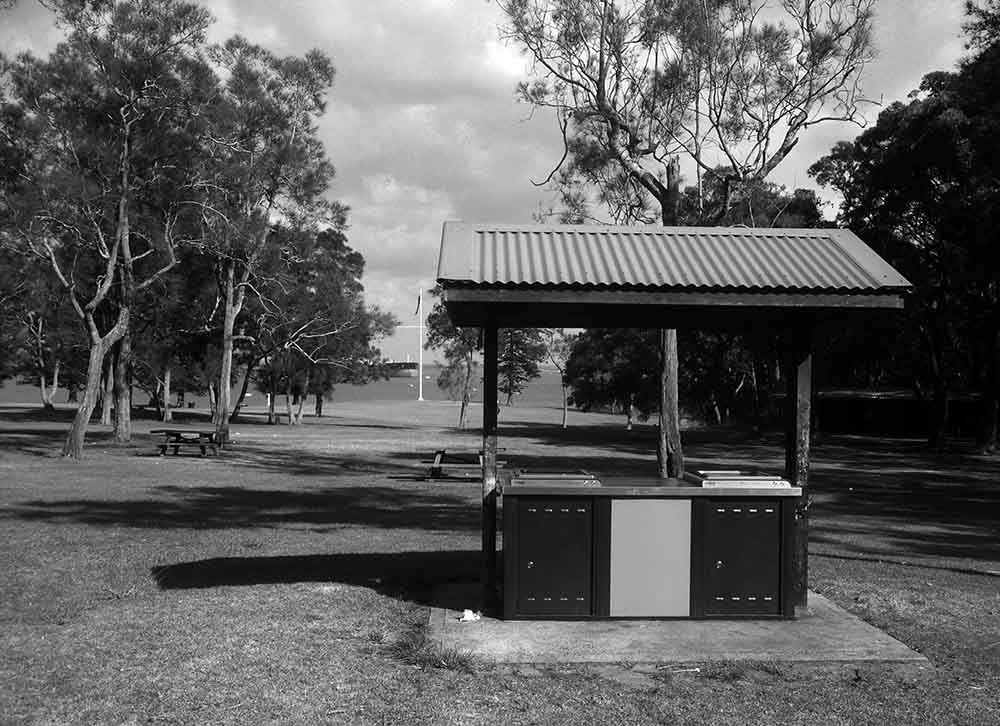 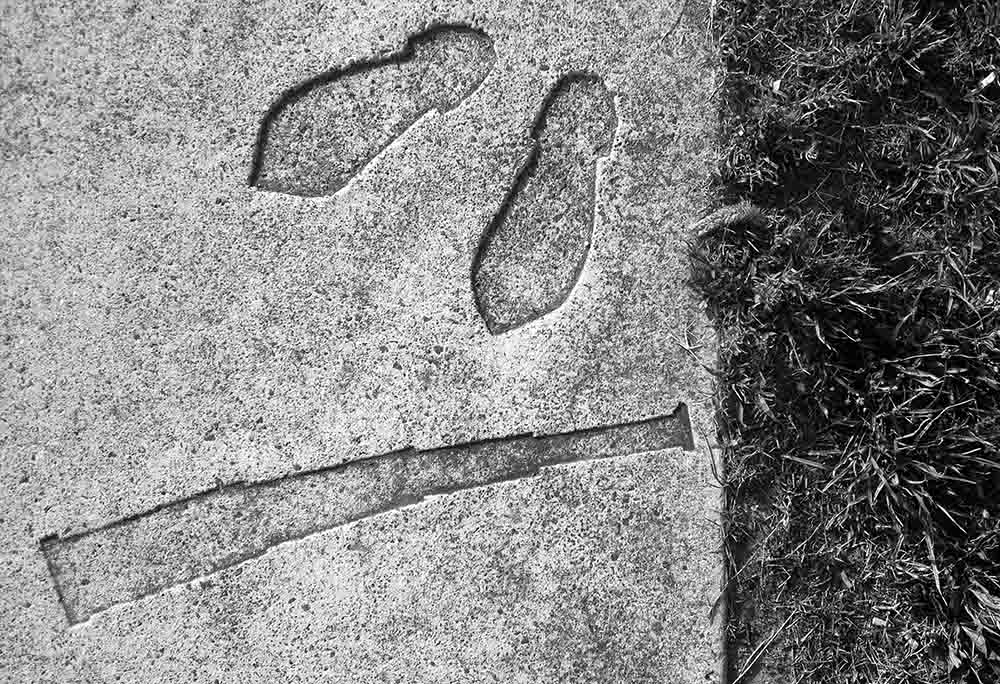 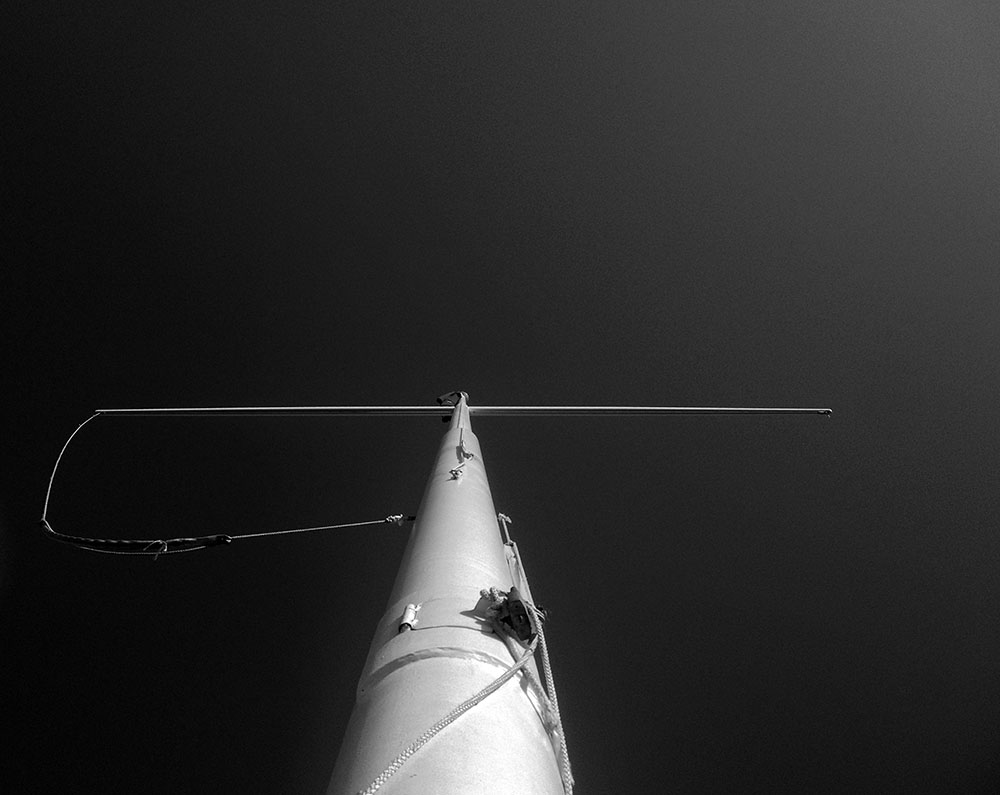 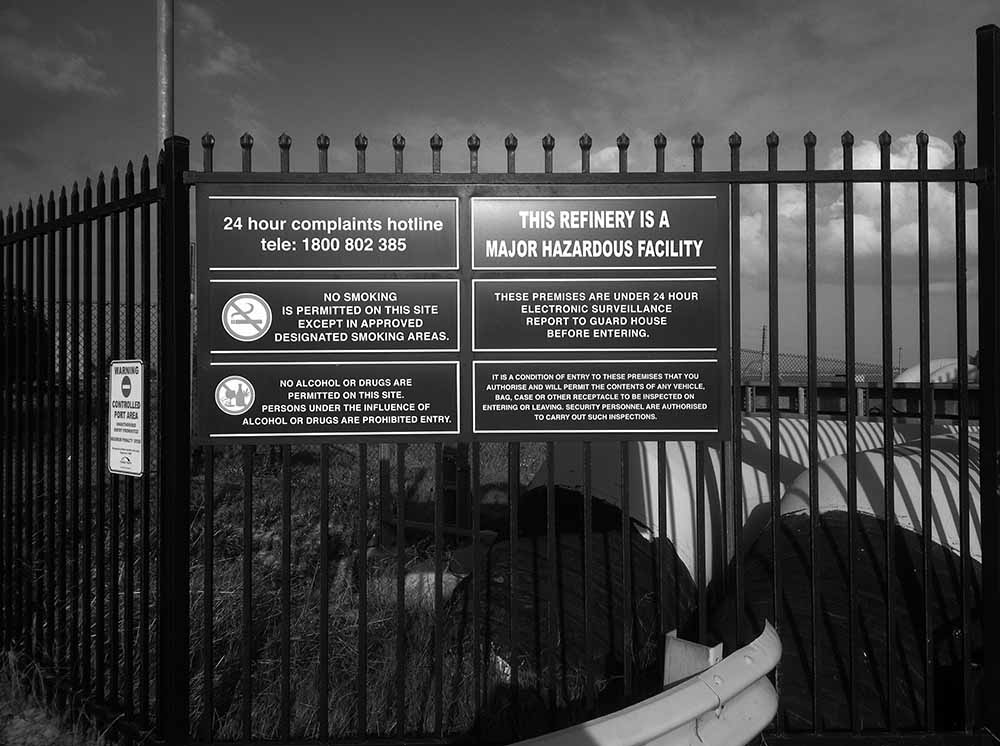 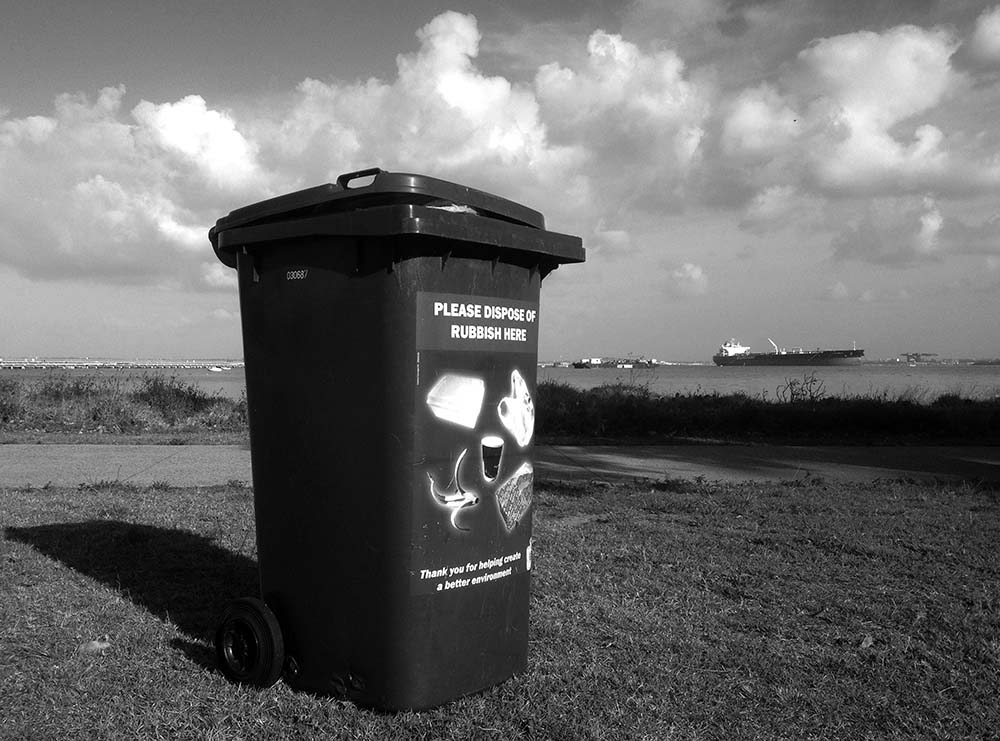 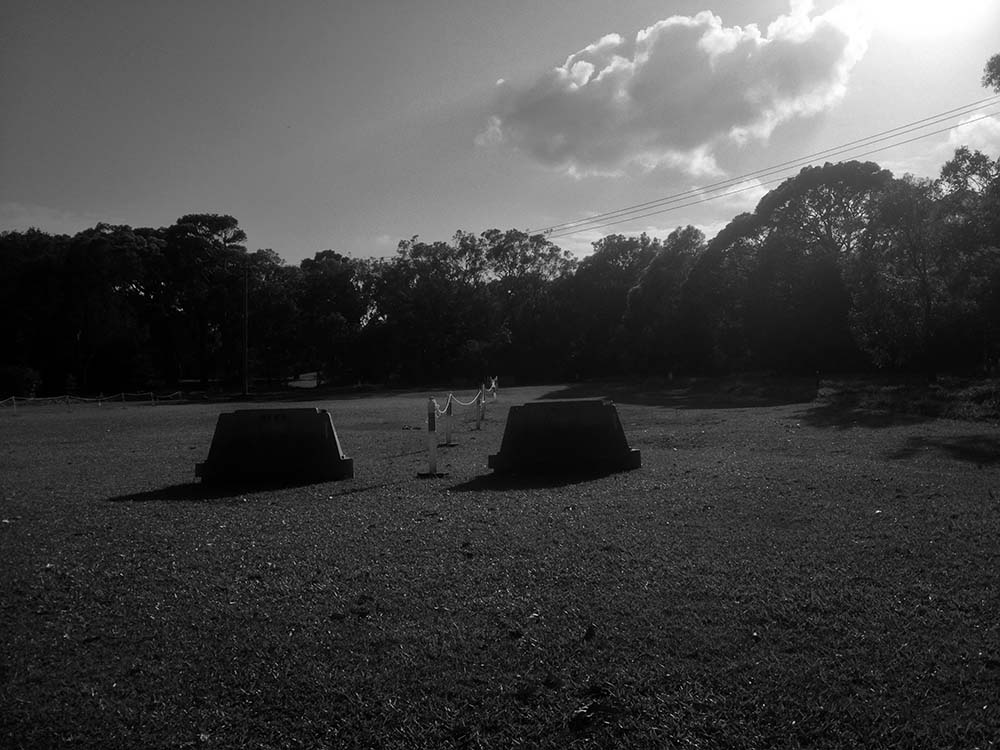 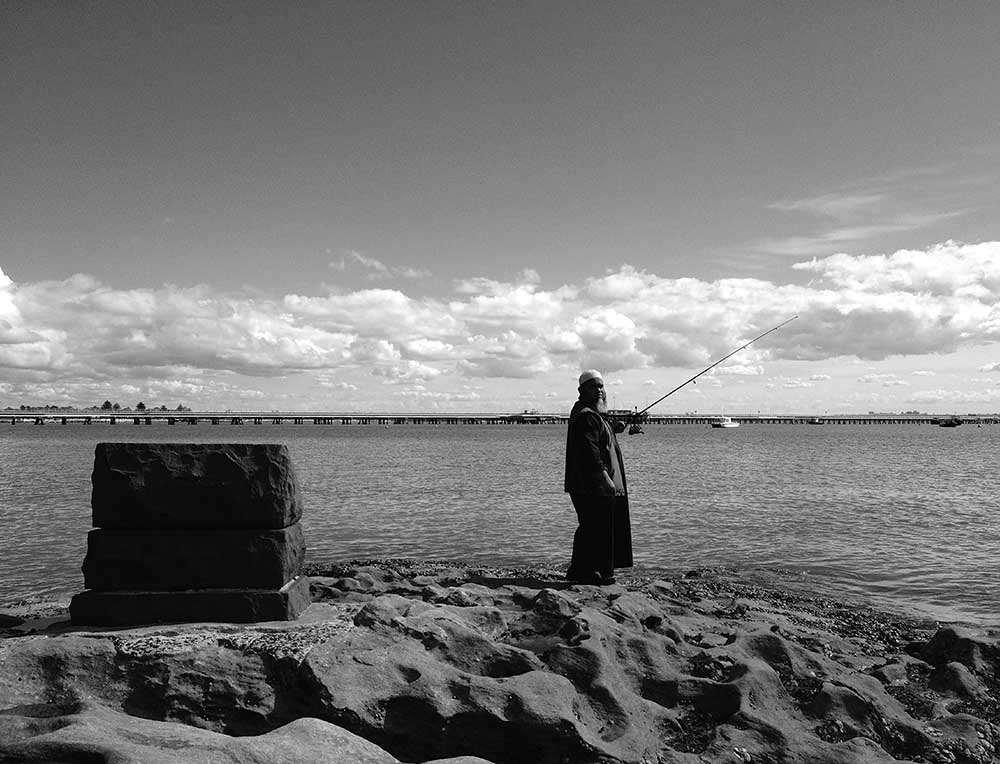