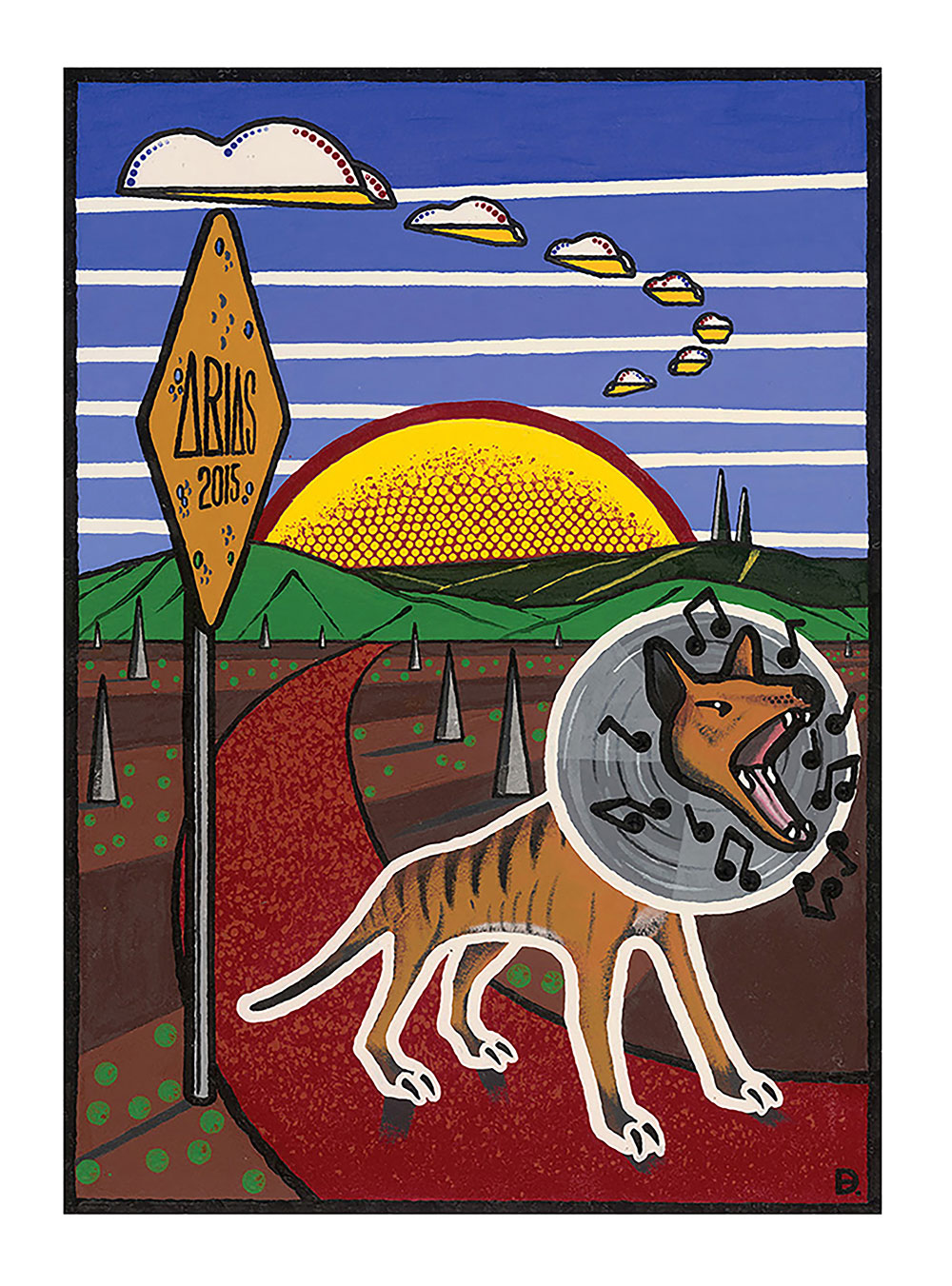 Commissioned for the 2015 ARIA music awards in Sydney, this opportunity arose following the marketing teams visit the Art Gallery of New South Wales whence I was a finalist in the Archibald Prize that year with the portrait of Uncle Max Eulo. Apparently, the ARIA team were so taken with the portrait that they contacted me that afternoon to set up the meeting.

It was indeed a tremendous honour to be approached given that it was only the third time a visual artist was to create a handcrafted poster. I followed on from Reg Mombassa and Ken Done.

From the outset, I had in mind somehow illustrating a treacherous ‘minefield’ that prevails for emerging musicians. As you could imagine, the experiences of “making it” in music in Australia mirrors those experiences of a visual artist.

And so firstly I wished to represent the countless talented musicians whom never have the opportunity to have their voices heard in the mainstream. I thought of beginning literally with those Aboriginal music styles that met an abrupt & unfairly premature demise so early upon colonisation. In this case, the Palawa of “Tasmania”.

How better to represent this by the Thylacine. I imagined that when fitted with the plastic cone (as many dogs are to prevent themselves gorging their skin), it would become a ‘woofer’ thus amplifying their voice. Note the landscape strewn with dangerous obstacles which are actually the ARIA award.