Paying homage to the original inhabitants of Bondi Beach

Commissioned by Adrian Newstead of Cooee Gallery Bondi, this piece was always intended to pay homage to the original inhabitants of Bondi Beach, the Gadigal. Having sourced what is reputed as the ‘only known photograph of a ceremony’ taking place on the Southern end of the beach, I set to task to incorporate the group.

I’d taken a panorama photograph on my i phone 5S+ some three years prior when the beach was completely covered in seaweed. This added to the mystique prevailing re the definition of ‘Booindi’ (Bondi) as many say this translates to either ‘place of crashing waves’ of the place of ‘odorous smell’ (decaying seaweed).

The image has been further enhanced using motifs including local rock carving imagery as well as stylised hand & footprints across the beachfront. Adding a ‘you are here’ map on left-hand edge and tracing the coastline to use across the base as a graphic element becomes metaphoric as a ‘bloodline’. Finally, the blurb at left is referenced from the 2001 text ‘Aboriginal Sydney’ by Melinda Hinkson & Alana Harris. 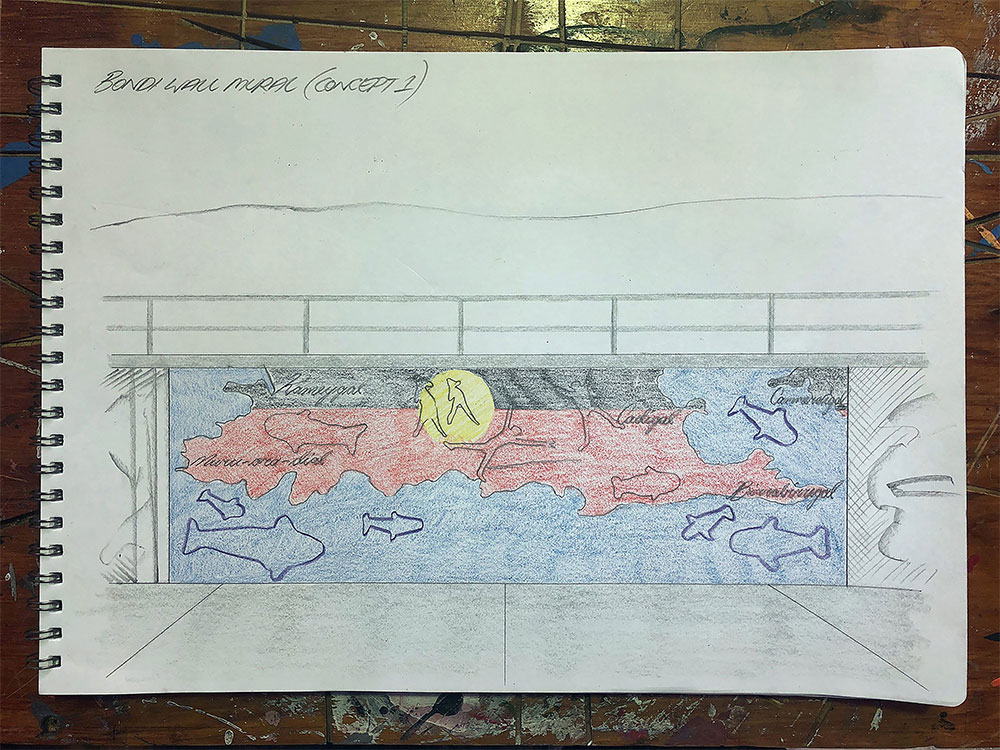 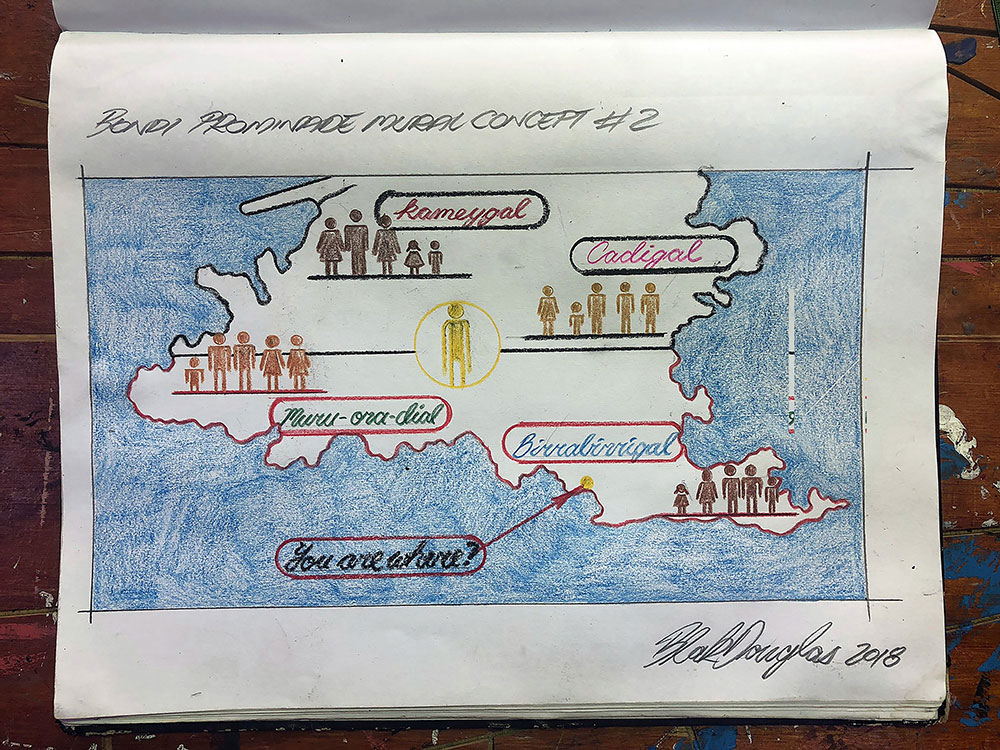 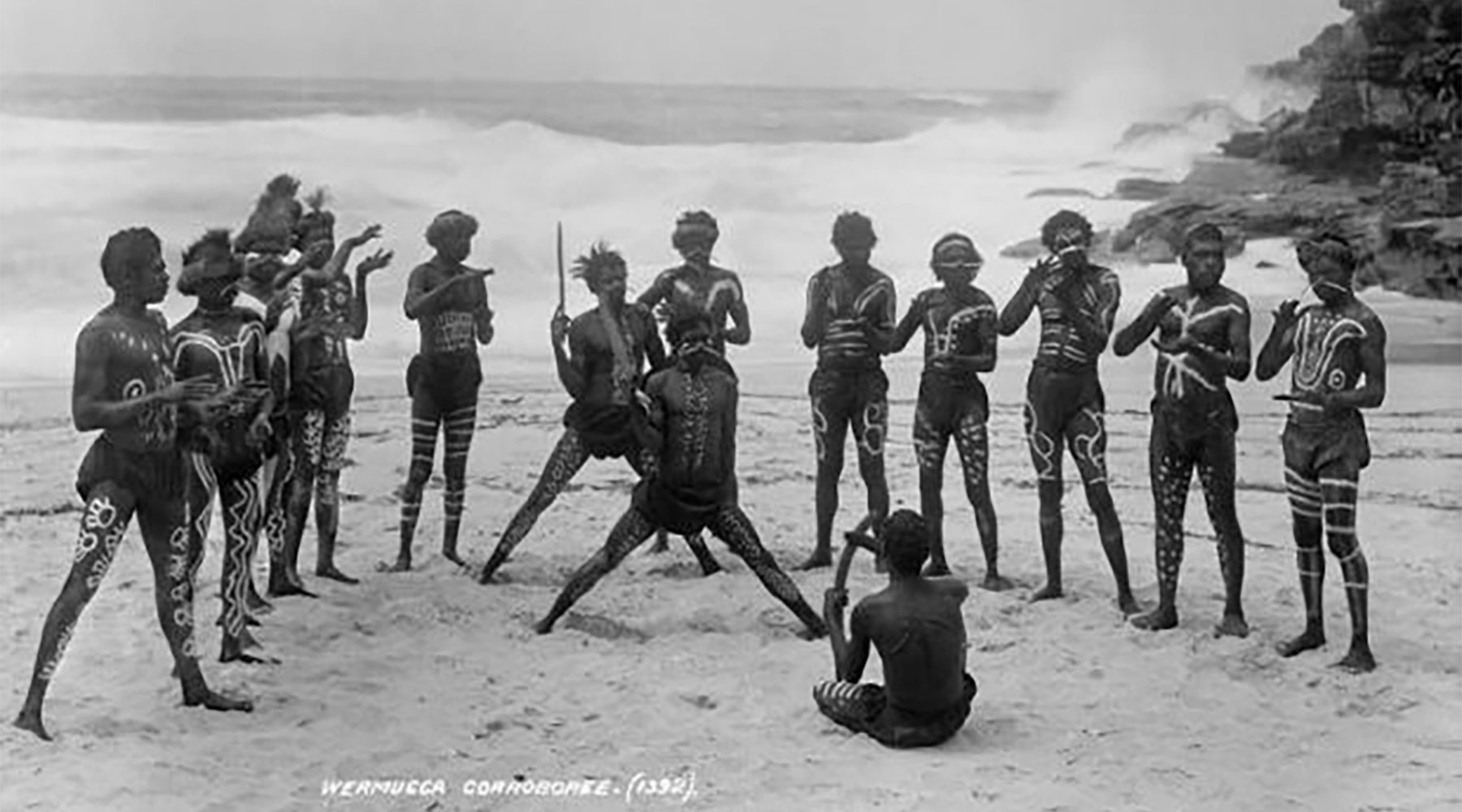 next
65030 We Are All Connected To Campbelltown