This piece personifies my lifelong frustration of being wrongfully encouraged to embrace the religion of colonialism and white suppression. From being ‘christened’ Adam Douglas Hill and registered ‘Church of England’ yet being only three generations removed from my tribal Dhungatti peoples. Having to participate in scripture on Tuesday mornings in Primary School or face the cane. Witnessing successive patriarchal Governments be sworn in on King Georges bible, feigning honesty and professing to uphold sound Governance on stolen land. This image – ‘Three strikes & you’re out’ is metaphoric of how I’d like to see the illegal dominant faith upon this continent fall.

‘Three strikes & you’re out’ is rife with metaphor. Having a tribal Aboriginal male in place of Jesus and pinned by payback spears is a poignant reference to my discontent regarding the blak fulla that embraces Christianity through a need for emancipation. Respecting the fact that I was not forced into the position that my forebears were, I’m simply venting frustration on their behalf and the generations before, back to the time of colonial theft of this continent. The image was originally intended to only feature three spears lodged into the cross however, I saw the dark. 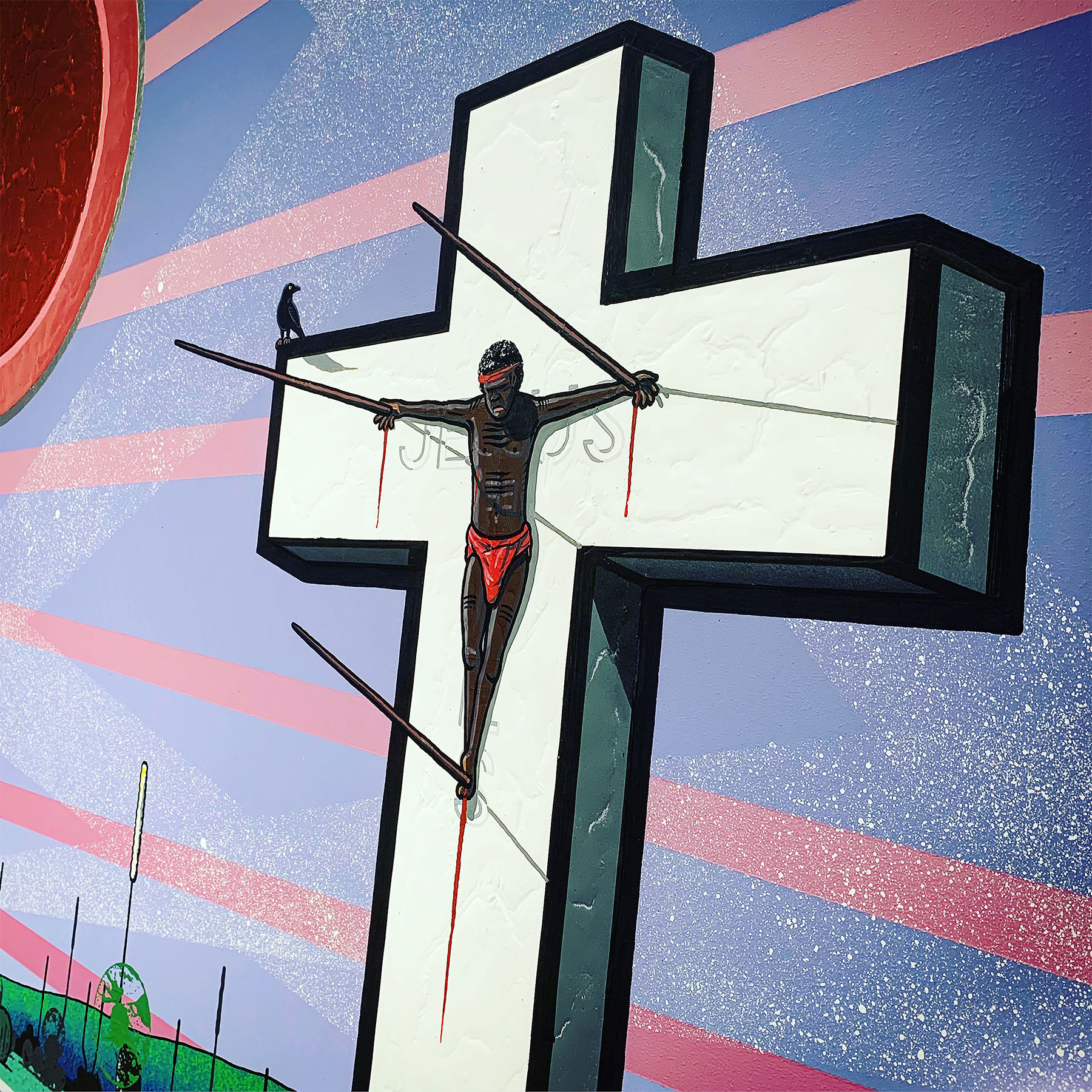 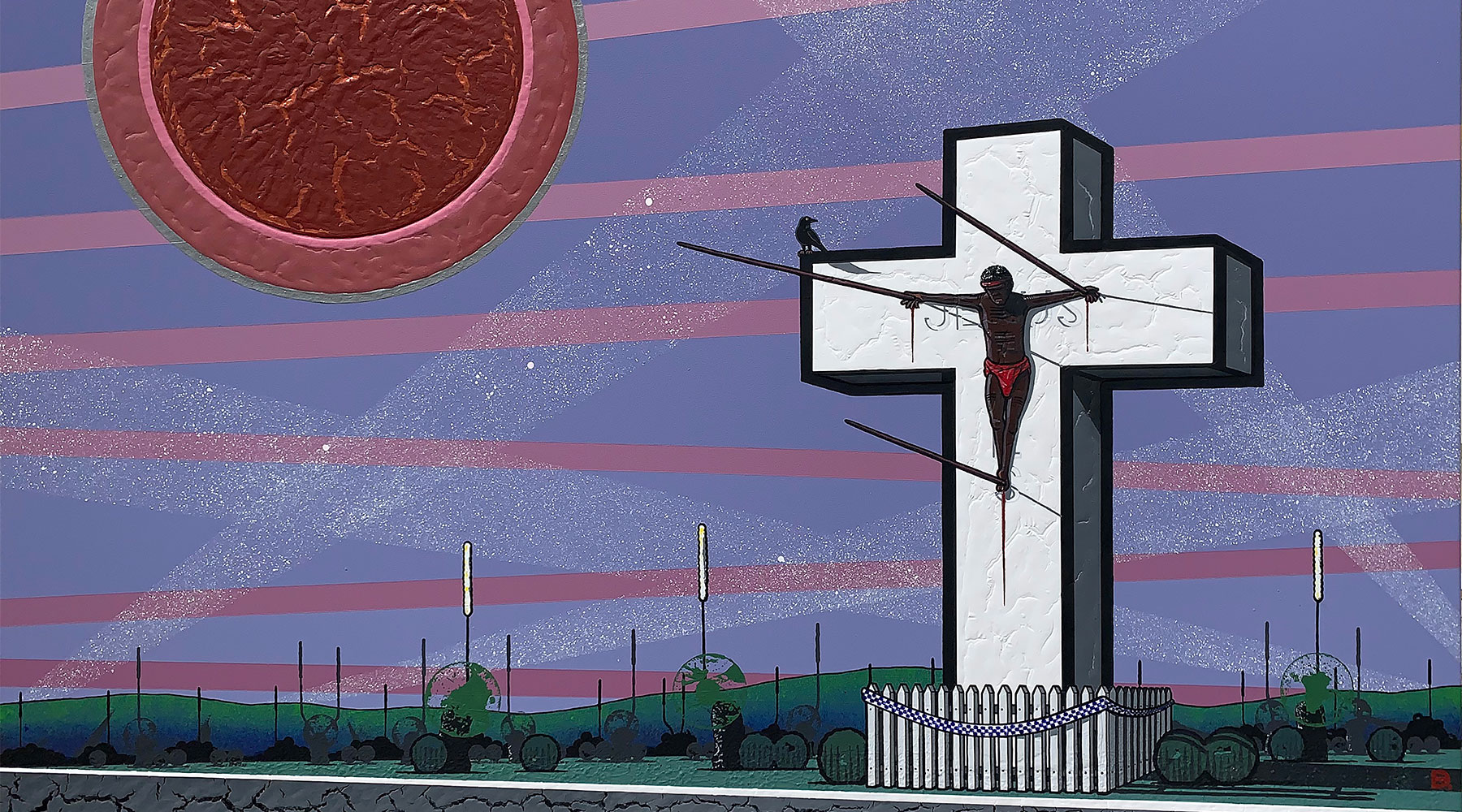