Commissioned by Ambush Gallery, Sydney for Wollongong Central Shopping Centre, this piece accompanied several other artists for what would become a group exhibition titled ‘Language matters’. The display coincided with the 2017 NAIDOC week in Wollongong.

I decided to create an exciting graphic image designed initially in Adobe Illustrator and then projected as a transparency onto the designated boards. The challenge I’d set was to create as vibrant an image as possible yet using only the four colours of the earth,

‘Gammon’ is such a prevalent word used across the continent in modern Aboriginal creole. It’s always inflicted with gusto and meaning and most often in a jocular manner. Hence I tried to convey this visually in a ‘cartoon’ fashion. 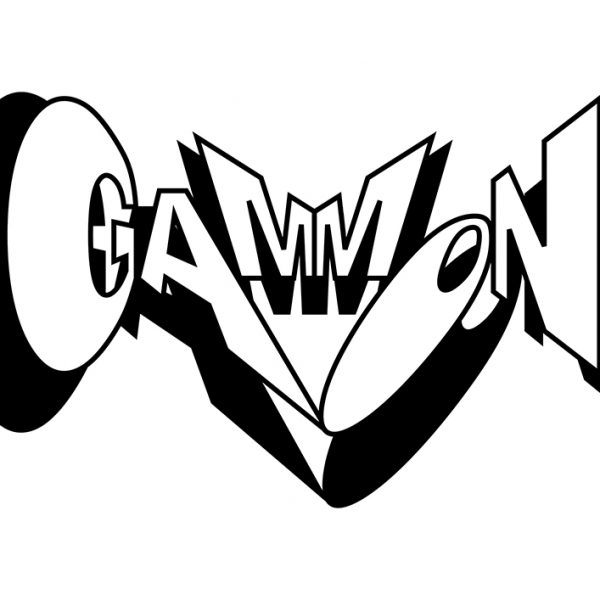 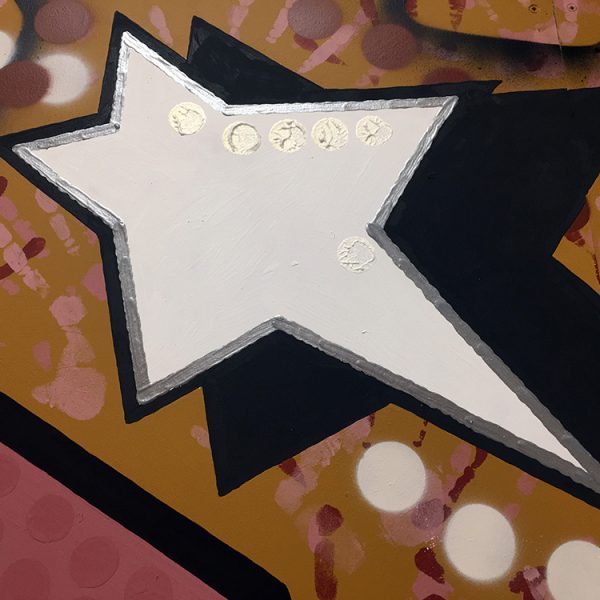