By 1850, the theft & destruction of Gurin-Gah (Kuringgai) Gayimai (Gayemagal) lands had begun. Orchestrated by one Henry Gilbert Smith, the oppression of the local first nations peoples was quickly cemented into the his-story of a place that we would colloquially refer to as Manly.

Amongst every Aboriginal culture who’s tribal land accommodates a place where fresh water meets salt water, this particular point is an invaluable spiritual place. The energy emitted from two such members of one of the most powerful elements in nature should not be tampered with. Attempting to do so is considered absolute sacrilege. In this case, it was Curl Curl creek that would suffer this environmental catastrophe. Granted… we do retain a pristine recreational precinct today for ‘all to enjoy’.

The strangulation of a natural flowing water source represents a commensurate trophy of colonisation of another peoples land. Historically on this continent, such ‘great feats’ presented a gesture of bring different ethnic groups together through united employ.

In the case of Manly Dam, it is understood that credit for the construction of the dam lies with the Department of Works (1892), later sold to the local council. The intensive labour output however might be credited to demographics of convicts, Chinese and or remnant locals.

In this canvas artwork, I’ve attempted to represent the gross might of the impending doom perpetrated by the British invaders. The astonishingly abrasive impact on a sensitive and spiritual landscape & peoples through the introduction of ‘evolution’. The absolute disregard for the traditional custodians of the land and the denial through ‘salt in the wounds’ gestures like- declaring a war memorial and / or certifying a heritage listing.

The cameo appearance of my treasured little 1950’s jarjum garden ornament represents the perfect metaphor of the fragility of the landscape and its occupants prior to the ‘wall’ of advancement. 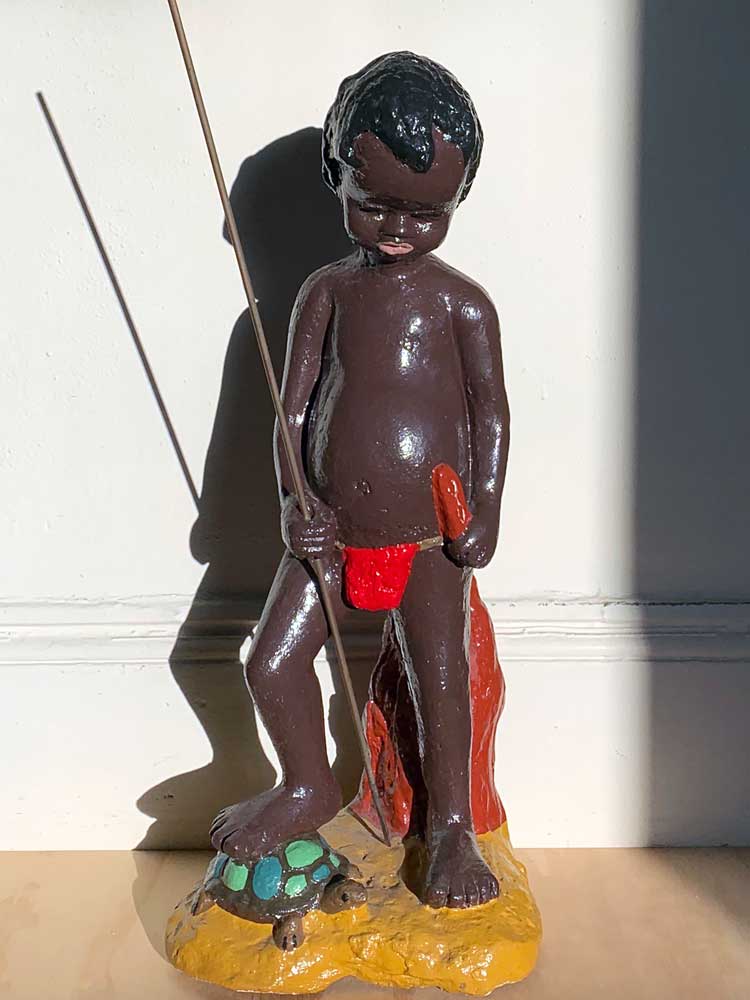 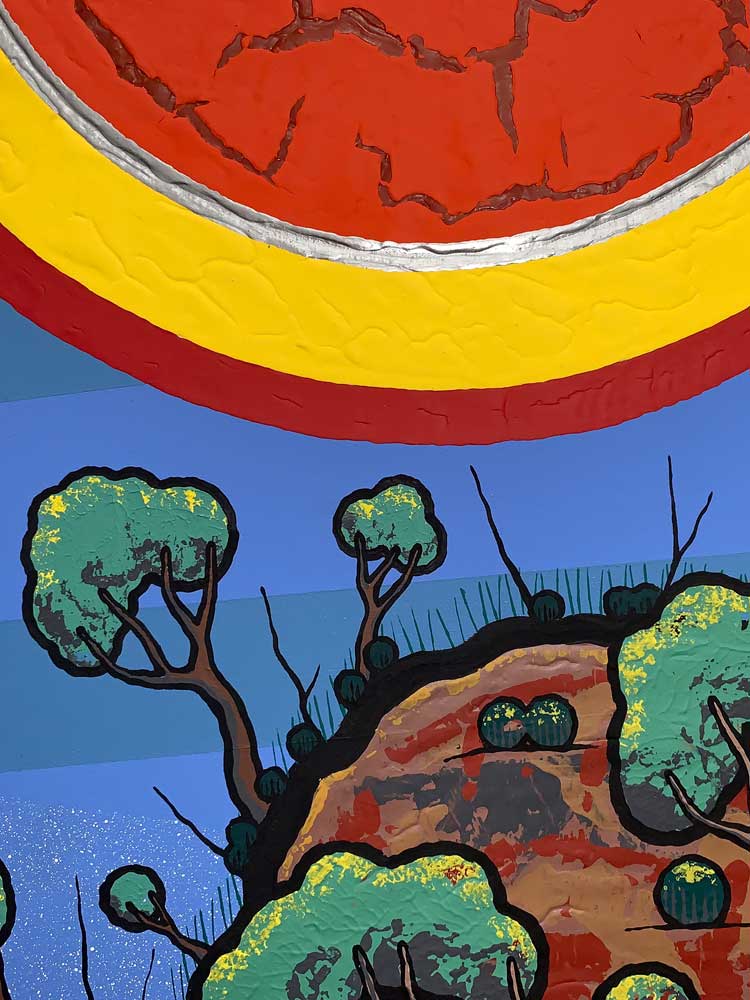 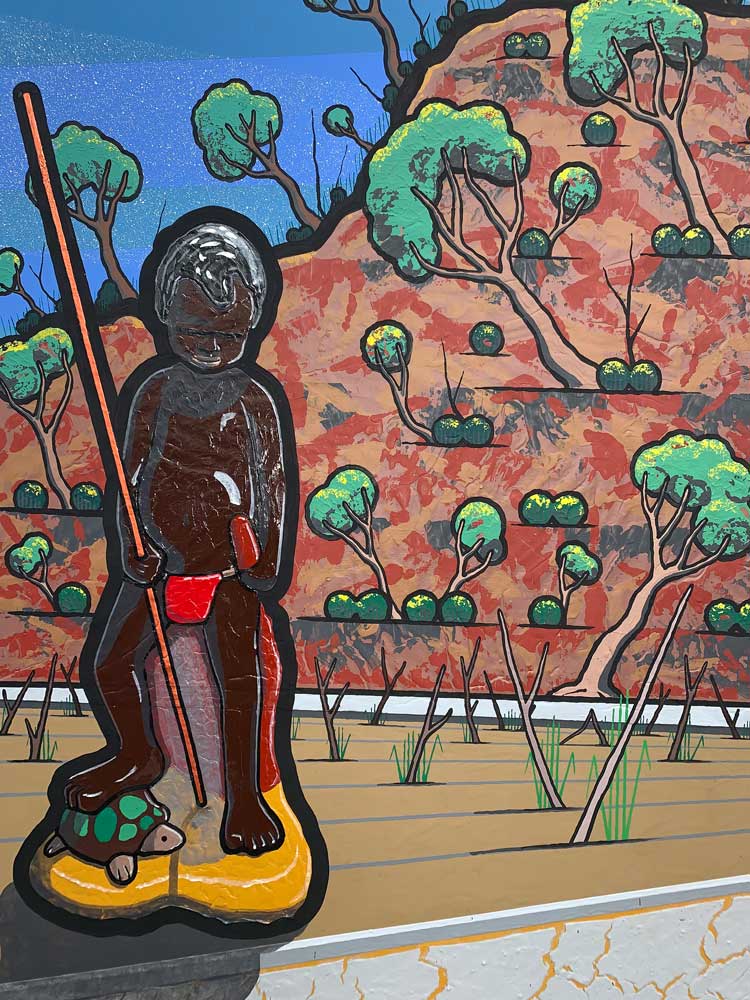 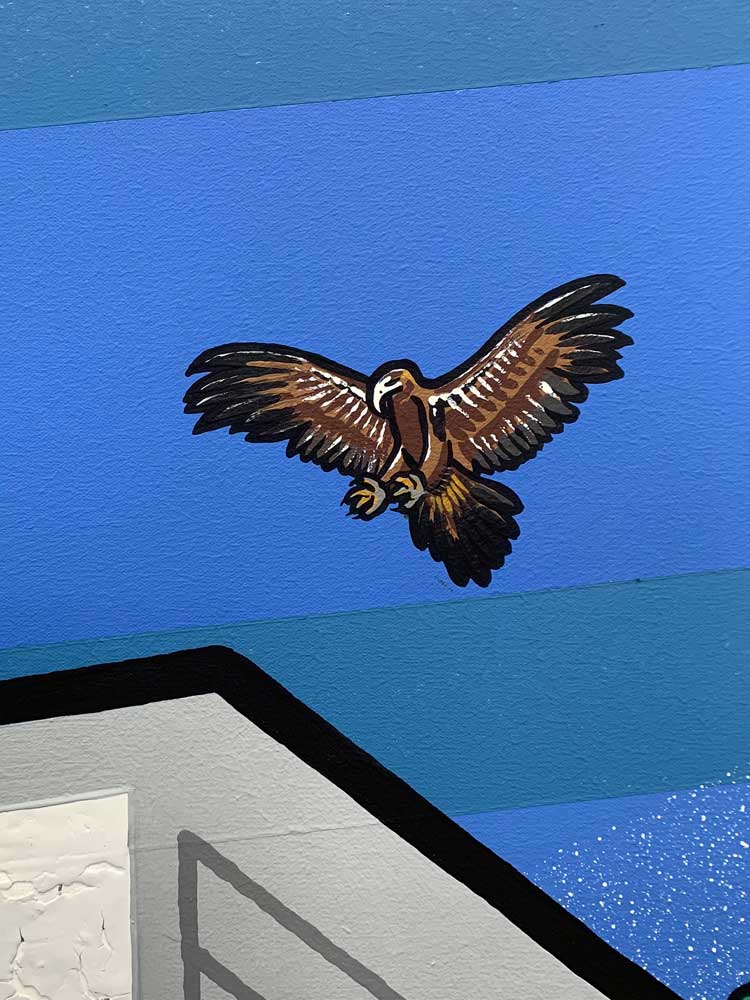 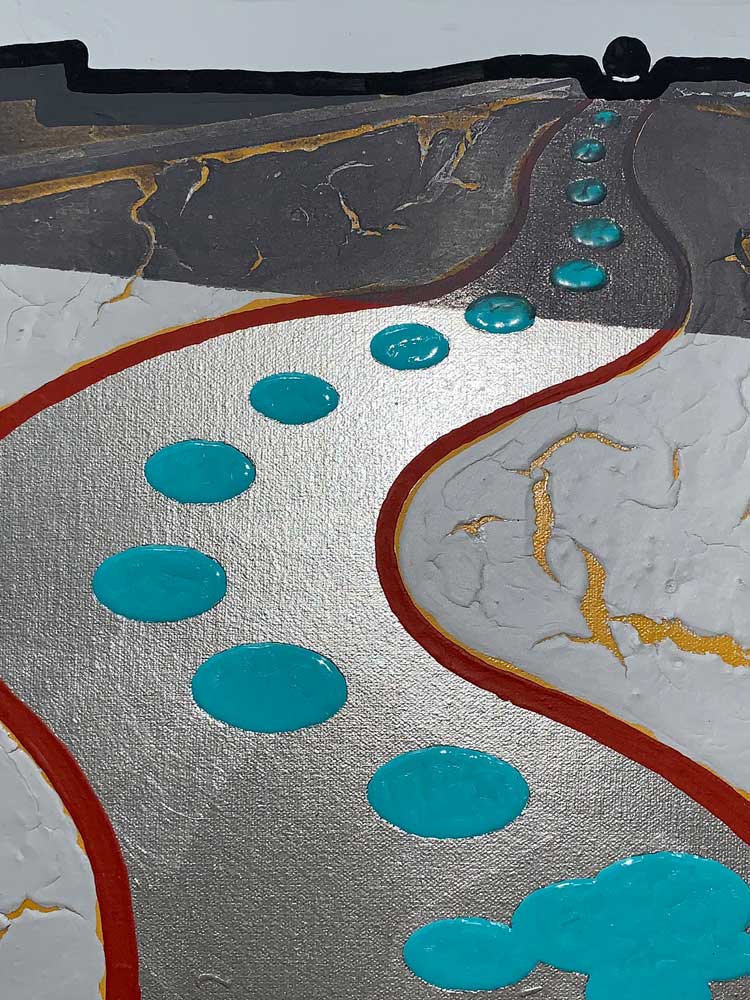 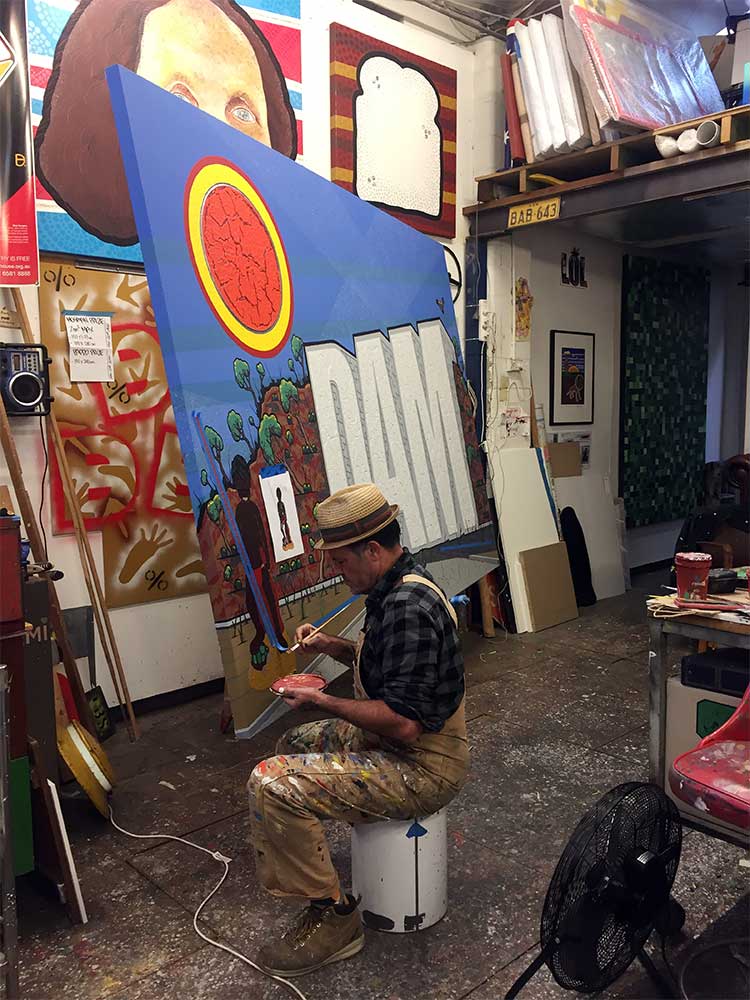 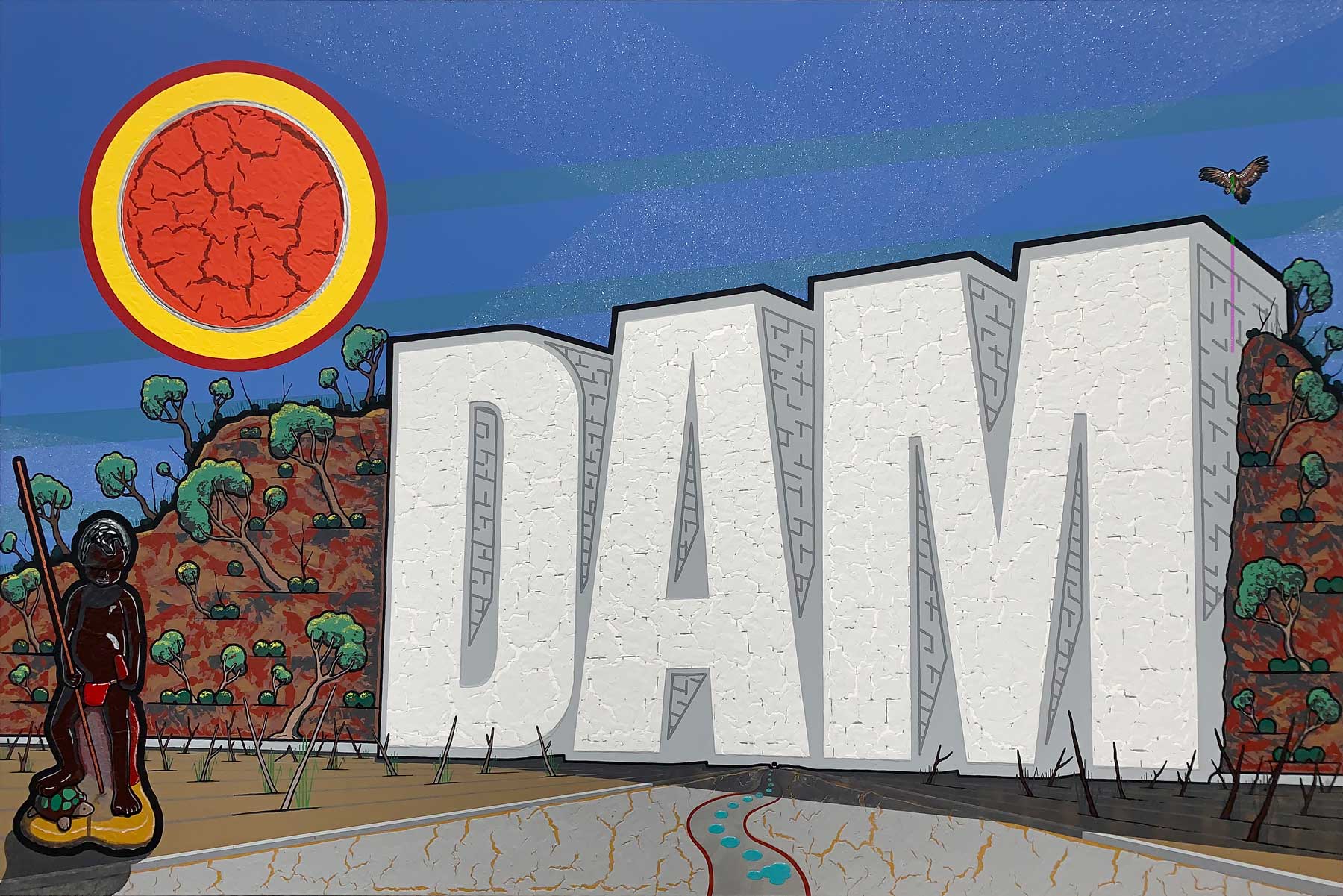