The 1980 Azaria Chamberlain case was arguably the most famous blackest white fella legal case in modern history. Allegorically, the lynch mob mentality that ensued reminded us of the recurring acts perpetrated on Aboriginal peoples since the inception of the colony. The dismal foundering of the Northern Territory Police & Government couldn’t be better epitomised metaphorically than the classic colloquialism- ‘a dog’s breakfast’. Being granted the opportunity to revisit the case and respond directly through this artwork has been both nostalgic and satisfying.

Concurrent with my recent works, I’m creating narratives through the use of figures/icons used in generic signage i.e… the ubiquitous restroom (male/female) figures. Here though, I’ve sourced the Dingo sign and the baby from the ‘baby change’ sign. Noted behind Uluru are the five Anangu trackers in spirit form and barely noticeable which is metaphoric of the appalling treatment granted by the white court at the time.

The foundations of my landscapes follow a signature template devised early in my career. Large open skies synonymous with the outback landscape. These skies are divided by seven lines representing the songlines of the Seven Sisters but jagged and fragmented through the course of colonisation on the landscape. Omnipresent is the large moon, the spiritual Grandmother and featured in this artwork, the largest moon I’ve yet produced and coincidentally completed upon the recent ‘Super Blue Moon’ hence the blue tinge. 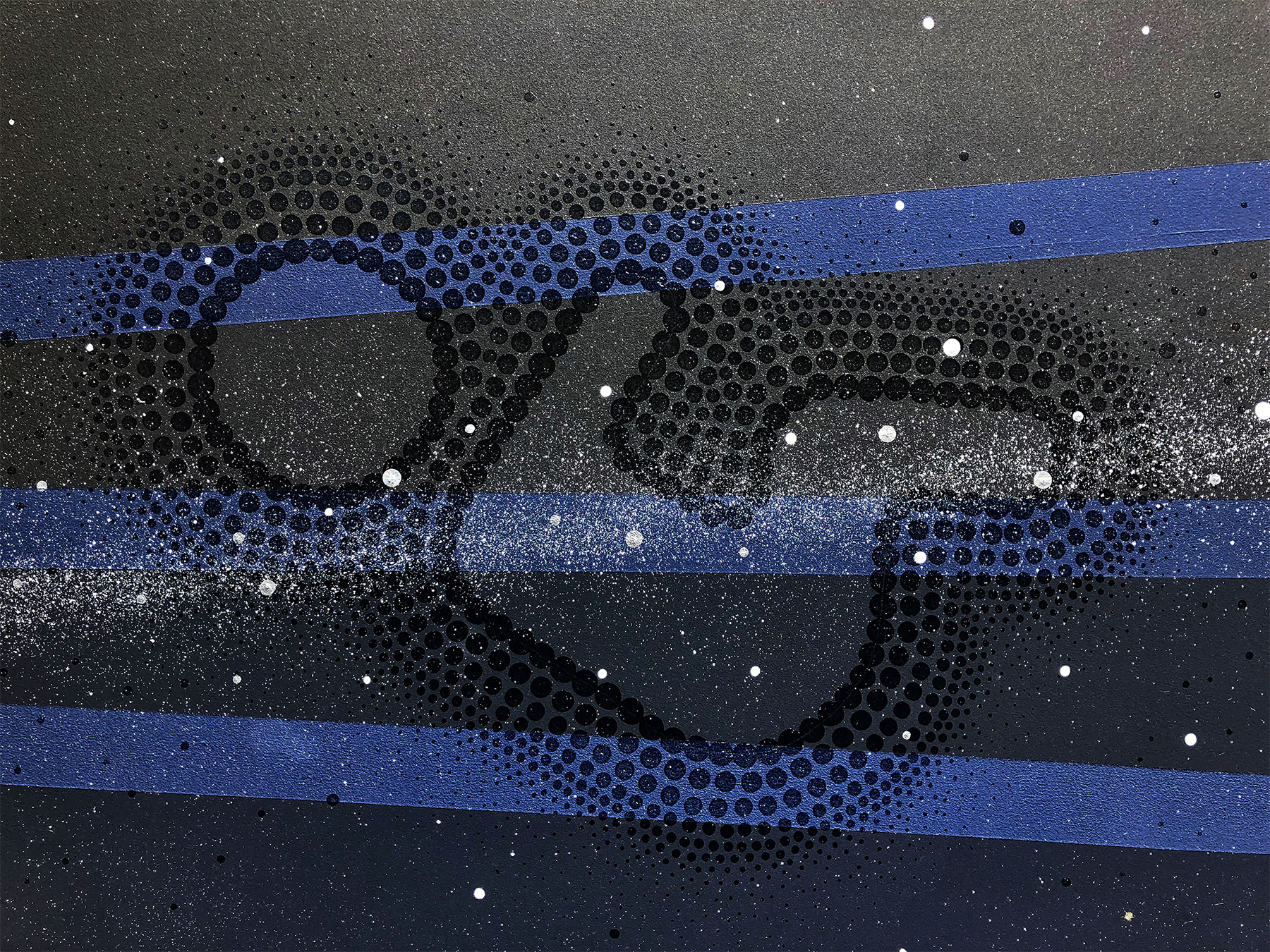 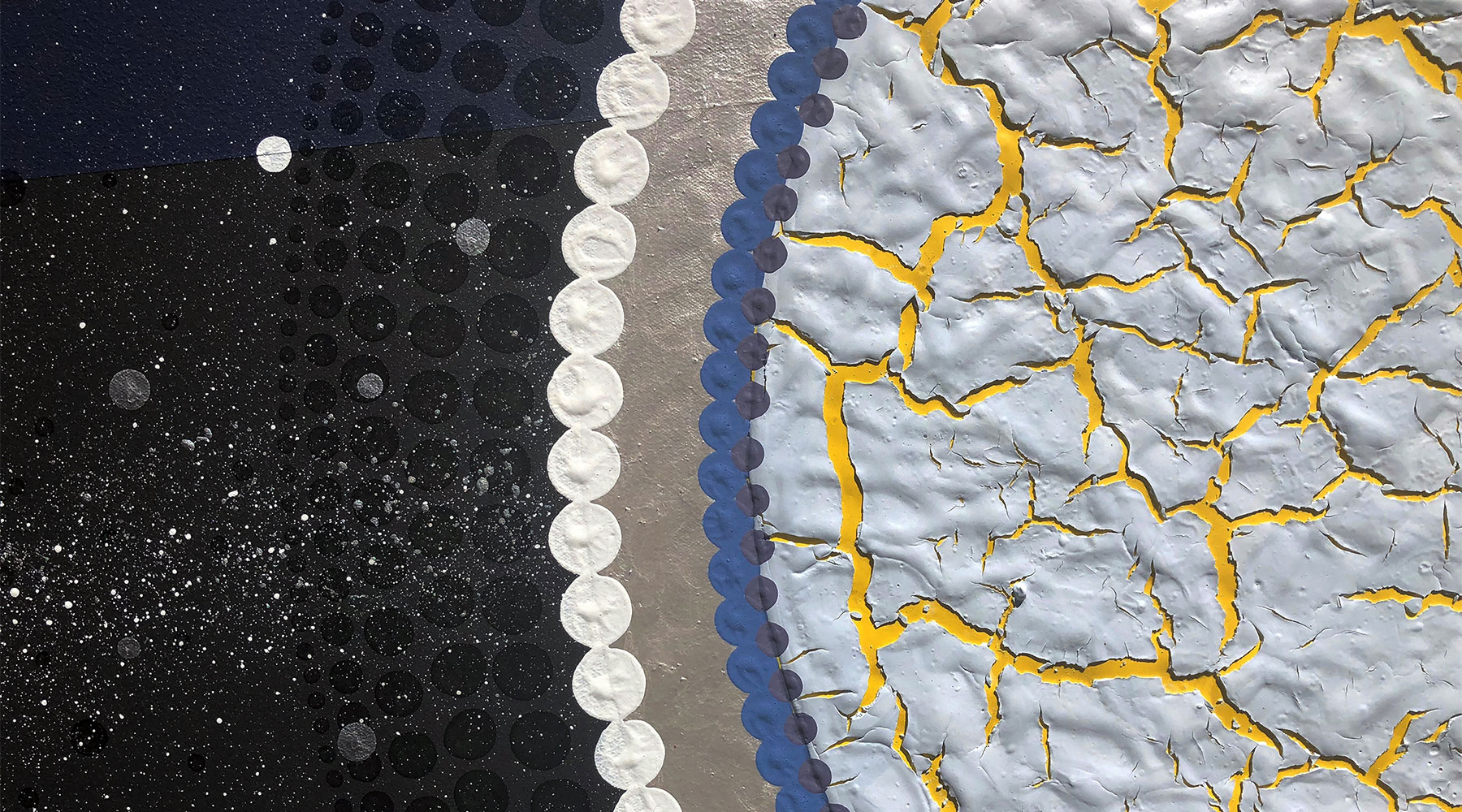 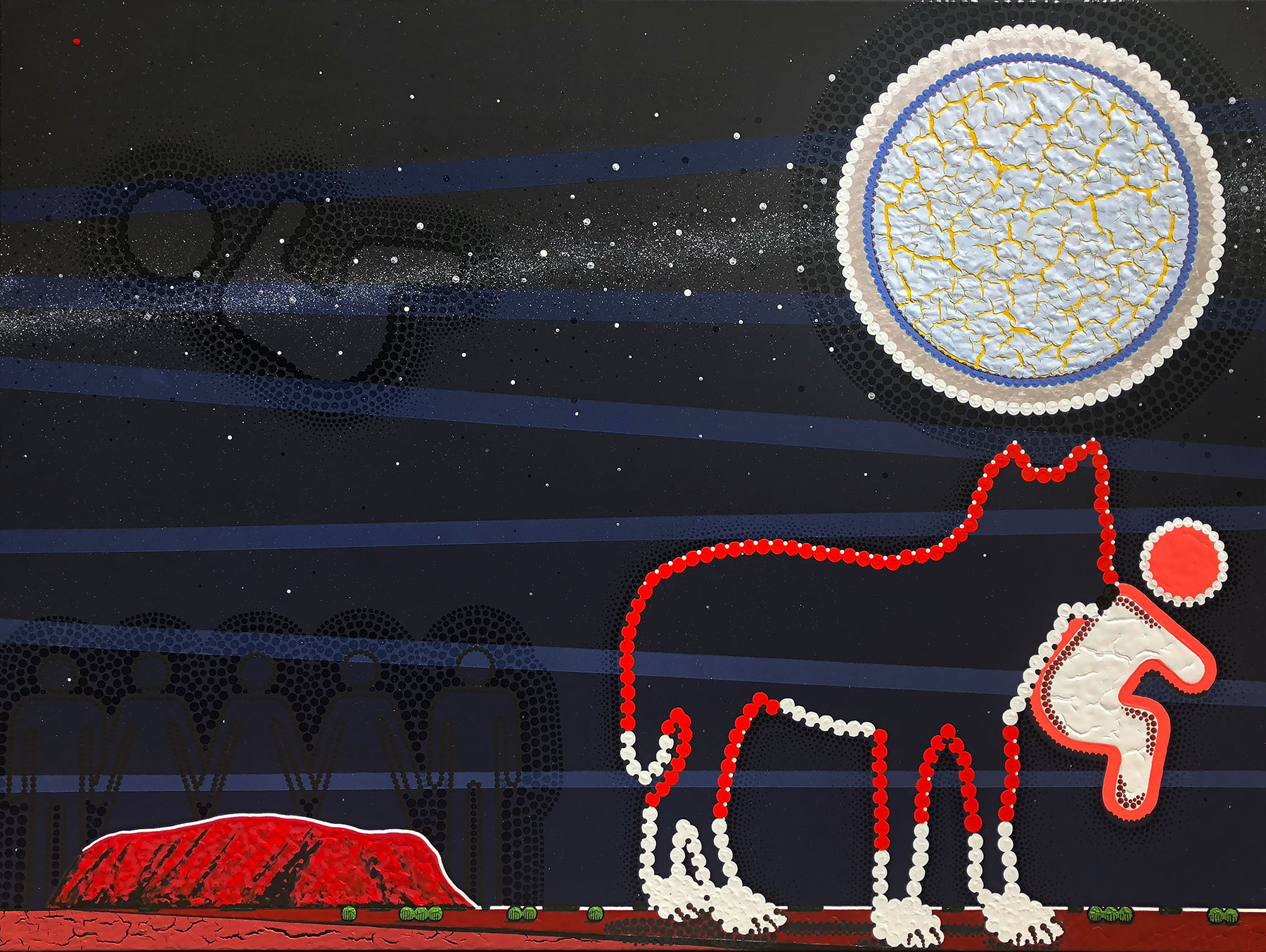 previous
National An’ Them